Consumer electronics devices and products for the home are among the best-seller categories through social media. To tell it, it is a survey by MarkMonitor, involving a panel of 2,603 consumers in five countries: Italy, France, Germany, the United Kingdom and the United States.
According to this study, social media are becoming more and more important as sales channel, even if people have still some concern in trusting it.
Among the main concerns, we find payment security (59%), product quality (56%), personal data security (55%) and the purchase of a fake product (47%). And some fears about purchases on social media seem justified: 31% of consumers claim to have inadvertently bought counterfeit products and, of these, 23% made the purchase on social media. 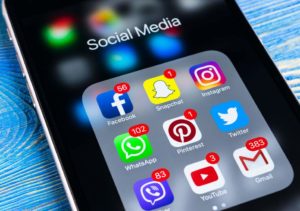 On the contrary, what most influences the decision to buy on social media is the brand reputation (55%), followed by the evaluations of other users (48%) and the level of satisfaction of friends and family (34% ). According to 23% of the respondents, instead, the suggestion by celebrities and influencers also plays an important role.
But there is also a good percentage of consumers that seem to have no problems in buying through social media: 66% of buyers, for example, do not doubt the information displayed by shopping sites on these channels, while 30% have no problem using their credit card to make a purchase. Regarding the kind of products bought, respondents stated that the most frequently purchased products on social media are clothing, electronic accessories and household items.