A survey by GfK tells it clear: consumers don’t want only an on-line shopping experience, but a borderless purchase experience, with no limits. They want to find the perfect product immediately, at any time, creating the need for 24/7 retailing. In the first half of 2019 e-commerce of technical consumer goods reached 80 billion euro globally (excluding North America). But GfK is already seeing China and Germany showing early signs of online retail’s share plateauing.
“A borderless shopping experience is more than purchasing on-line – GfK experts explains – it’s about providing the right retail formats in any given shopping situation. It offers a vital opportunity for all retailers to retain customers within their traditional and on-line shopping universe, ideally switching seamlessly from one to the other. In the first half of 2019 a quarter of the total value of all technical consumer goods sold globally was delivered through on-line sales. 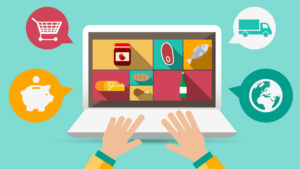 Looking at the regional GfK data, APAC and China remain the key markets for on-line sales. Historically Chinese e-commerce retailers have recorded significant double-digit growth, but in the last twelve months, growth rates have fallen. While the total on-line market for technical consumer goods in China grew by 8 percent, the major domestic appliances and consumer electronics sectors experienced their first negative rates in the online channel. Despite the share of e-commerce reaching another high of 36 percent of the turnover, slowing growth created a plateau effect. Chinese retailers have reacted with partnerships and mergers with traditional retailers. This gives them two advantages: they can grow by reaching the less-developed regions, and they can offer consumers a true omnichannel purchase experience. In Western Europe, instead, on-line retailers have also been steadily growing their share of e-commerce, from 20 percent in 2016 to 26 percent turnover share today. Due to such a mature market size of 23 billion euro, on-line channel is starting to see signs of plateauing shares. For instance, in Germany the share has been stable at between 22 percent and 23 percent over the past four years.

What is driving the on-line sales is the right assortment: GfK’s consumer insights reveal that one third of customers choose a retailer based on the right assortment availability, this reason is second only to price. GfK Point of Sale data demonstrates that the average assortment of online shops is 2.5 times bigger than that of traditional retailers.
«The omnichannel approach – Norbert Herzog, GfK expert for retail insights comments – is ideal as it offers the best of both worlds. It allows retailers to direct consumers to the retailer’s online channel, should a product be unavailable in-store. Physical outlets help shoppers make up their mind when they cannot easily choose between the more extensive choices online. As an increasing number of consumers believe there are too many choices in the categories they shop, having the option to shop in-store is a real advantage. According to our GfK FutureBuy study, 62 percent of global respondents agreed there was too much choice in 2018, up 8 percent from 2015.»