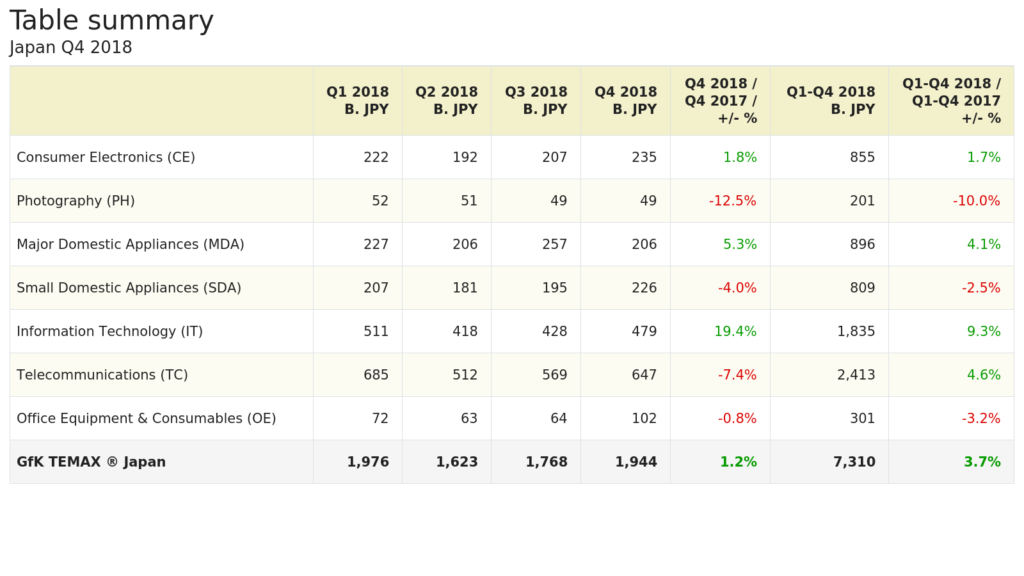 During 2018 the Japan market of Technical Consumer Goods increased by 3.7%. Major appliances are one of the most performant categories, recording an yearly growth of 4.1% compared to the previous year. The best-seller products have been large loading capacity (especially >=11kg) washing machines showed as weel as large net capacity (especially >=500 liter) cooling. In Q4 2018, the Japanese technical consumer goods (TCG) sector expanded by 1.2 percent, with a turnover of JPY1,940 billion. Panel TV segment continued to rise thanks to the replacement demand for the TV which was bought when the government sponsored Eco Point Program was offered and TV broadcasting went all digital. Regarding small domestic appliances, instead, according to GfK Temax, overall hair styler sales increased in value because high price hot air styler type increased, while the sector closed the whole year with a negative result. In the telecommunication sector, finally, a growth was recorded by smartphones and core wearables, that increased in value because the strong sales of smartwatches and connected watches due to expansion of model lineup.