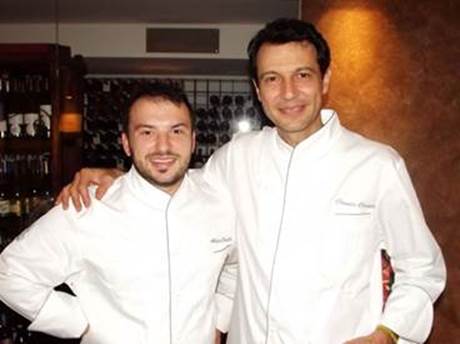 Claudio Ceriotti and Alberto Buratti, two talented Italian chefs, working with the maître Davide Ceriotti in the Palati Fini project and at the Koiné gourmet restaurant at Legnano, are partners of Fulgor Milano, another great name of made-in-Italy in the kitchen. The company realizes a wide range of home appliances for cooking, characterized by high-quality, advanced technology, Italian know-how and design. The modern and reliable tools signed by Fulgor Milano will support the two chefs in their creations showing, at the same time, the big potential of the company’s product in the kitchen. The chefs have already taken part to a cooking show at Fulgor stand during the last edition of Eurocucina. But now a path has begun during which the cooperation between the cooking appliances producer and the cooks will display step by step emotions and secrets of the cooking art. From May 8th , two open days will be organized at the Fulgor Milano dealers at Felette (VI) and Padua. An important role will be played by the new oven with Creactive management technology and with the special 350 °C pizza function, by the renewed steam oven combined with the same technology, by the blast chiller, the drawer for vacuum and finally by appliances of the new series Professional, in particular the Sofia freestanding cooker.

Valcucine choosen for a refined project in Manila