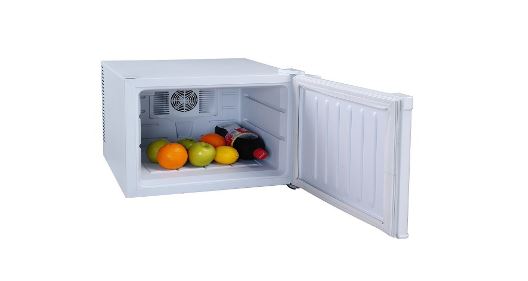 The diffusion of refrigerators in the houses has radically changed the habits of the people about the conservation of food.

It’s not necessary to be very old to remember how food was conserved before the creation of the electrical refrigerators. People used the ice-box, which was a sort of box filled with ice where they put fresh perishable food. In order to constantly purchase ice, which obviously was to be replaced once liquefied, people addressed to the hawkers who went to homes door-to-door, dragging carts filled with ice to sale. This method of conservation wasn’t properly hygienic and was strongly limited by the short duration of the ice itself, which liquefied in a few days. For this reason, before the creation of the refrigerator and freezer, people also use other methods of conservation, such as exsiccation, brine, the coolness of the old cellars built in stone and the habit to keep all food under vacuum-seal. These methods, however, altered the nutrients of the food, of course a secondary factor in times when the food availability was limited to the minimum necessary and the need to have stocks for the whole year was a priority for the survival of the families. But after the Fifties and Sixties, when the diffusion of the economic well-being has increased, the penetration of the cooling appliances revolutionized the life and the nutrition quality of the people. The refrigeration and freezing 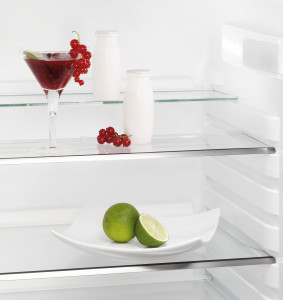 are excellent conservation methods, because they are able to neutralize the proliferation of the bacteria, keeping the nutrients unaltered for several days. Besides, these systems supported the study and the development of numerous other conservation techniques, so some products can be eaten a lot of time after the purchase thanks to the cooling of the refrigerator. In addition, it is important to mention the enormous contribution of the refrigeration in the long-term storage of medications, other field that had large benefits from the cooling appliances. It is also to be noted that the evolution and penetration into the homes of the refrigerator had a considerable influence on the transformation of the food industry (producers and retailers), favoring the emergence of the supermarkets. Also the refrigerator and freezer, like all other household appliances, have gone through numerous phases connected with the development of the technology and design. This greatly contributed to set fashions and trends that still exist. The Sixties saw the birth of brightly colored models with rounded design, which became fashionable once again a decade ago, reviving that period with a vintage style. Later, however, when the built-in kitchens had diffusion in the houses, most of the appliances became built-in and hidden behind a cover equal to the one of the kitchen furniture. The development of built-in appliances brought to a strong migration of kitchen appliances to the furniture suppliers channel, which still manages most of these models. Inside the kitchen area, the refrigerator has always been a sign of the personality of the people living in the house. The habit to put some notes, notepads and every kinds of magnets on its door is not unusual. Besides, we can mention Indesit that launched the Graffiti refrigerator in 2004, a model with customizable finishing, on which it is possible to draw and write freely. Also the collections launched by Smeg are very famous, becoming cult objects for the variety of the colors and the designs with strong appeal which were, and still are, cool. 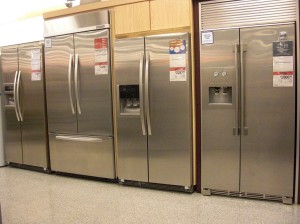 The trend of the cooling market suggests several aspects of society and habits of the population in the various decades. Analyzing the production data of the cooling appliances both in Italy and North America, the considerable numerical difference between refrigerators and freezers is clear, first of all. The freezers, in fact, although often jointed to the refrigerators in the combined models, have also existed as independent units since the Forties. And over the years they have developed technological features. Nevertheless, the use of these products, created as a complement of the refrigerators, never reached high levels of diffusion. It is interesting to note, however, that the production of freezers has significantly increased around the Eighties. That was a period when the economic well-being allowed to have more children, with the consequent need to buy more food and to have a freezer in addition to the one combined to the refrigerator in order to stock the purchased products. After 2000 there is a clear diversification between American and Italian trend. In North America, in fact, the production of freezers has stabilized between 2.2 and 2.5 million pieces a year, probably thanks to the advent of large delocalized shopping malls that incite people to make large stocks of food.

The well known maxi-packs of the major American foods and the household products require a wide space for the storage: cars and houses have large dimensions in Canada and the United States, facilitating the transport of the products and their positioning in large refrigerators and freezers. Conversely – and this explains in part the national trend – from the Eighties to now the dimension of the Italian houses has become significantly smaller, also due to the reduction of the number of family’s members, which has reduced not only the need to stock but also the possibility to find an adequate space to place a freezer. The economic crisis of the recent years has further contributed to the decline in sales of foods and of the appliances where to put them.