In everyday life many important tasks are performed by small domestic appliances, that have become increasingly useful and necessary, but also pleasant allies of well-being, health and beauty. 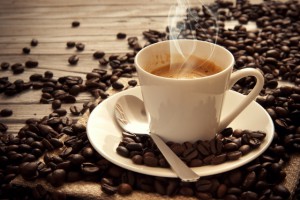 Small domestic appliances (Sda) born, like the large ones, for domestic needs, such as cleaning floors, cooking, ironing and so on. But in the Eighties became more and more enjoyable, and useful to perform also tasks related to beauty, wellness and relax.
Many of them became status symbols too. They were in fact very expensive, because their sophisticated technology was embedded in very small objects.
Engineers worked assiduously to the miniaturization of the devices, in order to make them more and more portable. Over the years, this principle was extended to many kind of appliances and sectors, creating a wide range of very successful products.
The irresistible wish to have in one hand a so small object that can perform different functions has always been the driver of this sector.
But, like others, it also had a social role of some significance, allowing people to have a better self-care, thanks to equipment for personal care. And creating new conviviality moments, thanks to food processors or coffee makers, companions, at home or in the office, of pleasant breaks with friends and colleagues.
The most of small domestic appliances allowed to do at home things that normally it was possible to do only outside: making the hairstyling and shaving in a professional way, or drinking an espresso, for example. But also, more simply, drinking a smoothie, a juice, eating a toast or an ice cream. 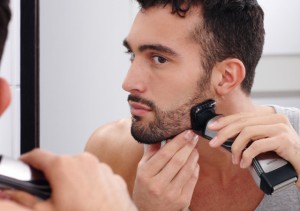 All these operations have also enabled significant cost savings.
The interest in these products has finally opened the doors to what we can say ‘consumerism’.
A trend facilitated in the following decades by the gradual decreasing of the final prices of the products, which went down with the arrival of many competitors, which introduced cheaper and cheaper articles.
This happened especially in small domestic appliances and consumer electronics fields, for the small size of the devices that could be transported at lower cost.
The arrival of low price products on the trade shelves threw the industry into a major crisis, with the disappearance of many historic brands, which should compete with the cheaper unbranded products.
As you can see, looking at the historical production of three different product categories, such as hair dryers, coffee machines and electric ovens, only the second segment, characterized by a strong Italian character, has held up over time, with output growing up to the present day.
Conversely, hairdryers, like many other small appliances, have been affected by imports from emerging countries with a consequent reduction in industrial production.

…and the house shines
I wonder why the extraordinary performance of the vacuum cleaner is never praised as that of the washing machine.
A great contribution to the evolution of this appliance came from Electrolux, today one of the leading manufacturers of home appliances. Its founder, in fact, was inspired by the first American huge vacuum cleaners, changing their shape and lightening their structure. Then he had the brilliant idea to present them door-to-door. It was, at that time, an household tool still unknown.
The models that were developed over time were of different types, until the creation of the modern robots that cleans floors in total autonomy.
Some of the most significant innovations of the last fifty years were introduced by one of the great leaders of the field, Dyson, which built the first bagless prototypes with cyclonic technology, particularly efficient in cleaning the atmosphere and sanitizing the room.
The apparatus thus conceived, in fact, perfectly retain the dust inside it, avoiding to become clogged by the accumulation of dirt.
The emergence of this new generation of appliances also stimulated the treatment and care of the surfaces, that since the Seventies, began to be more valuable than before, but requiring constant care and maintenance in order to preserve the original appearance.
Ceramics, tiles and marbles, sometimes covered with expensive carpets, adorned the new homes furnished. The different materials used for the finishing of the floors became so numerous as to require a different treatment for each.
So new appliances born then, which became complementary to traditional vacuum cleaners, which in turn were equipped with new accessories.
Then came another great protagonist of cleaning: steam, widely promoted in Italy by Polti, which used it with great success in both irons and the appliances for the home.
The use of steam at high temperatures ensures a deep cleaning, ecological and simple to perform, ensuring constant hygiene.
Looking at the market in the sector, the period of greatest demand is concentrated in the Eighties-Nineties decades. In the Nineties, in particular, the birth of a new generation of vacuum cleaners, has greatly increased the amount of production that was of 968,000 units in 1980, and doubled in 1990, surpassing the 2 million pieces.
Since 2000, the saturation of the segment and the relocation of production led to a decline in industrial output.

Roomba and its successors
Cleaning the house is nowadays a very simplified task compared to the past.
The producers have been applied to solve a large part of the main problems of the devices in order to speed up the cleaning, sanitize better and allow users to save time.
In recent decades, the lifestyle has significantly sped up for everybody.
The vast majority of women have a professional life, while men have further increased the daily commitments.
In addition, the retirement age has lasted far in time.
So people spend outside the house most of their time and management of domestic activities is becoming increasingly difficult to arrange.
Note, in fact, that the massive entry of women into the labor market has generated a great social transformation, with the consequent replacement of the housewife with domestic workers, thanks to the economic well-being resulting from the sum of the women salary with the men ones.
An advantage that did not last long, given the deep economic crisis that hit the world from 2009 onwards, which has forced many new generations to attend by themselves again all the household chores. In much less time, though, because life in the last two decades has been more complicated.
In this context, the use of efficient appliances that speed cleaning is essential.
To meet this demand, manufacturers have, first of all, unified aspiration to washing with products that perform both functions.
But the greatest evolution of the century was the launch of the first completely autonomous robot models. Equipped with sophisticated navigation systems, they are able to run throughout the house, sucking in dust and debris with great efficiency, avoiding obstacles thanks to advanced sensors, and returning by themselves in the recharge basis at the end of the cleaning cycle.
Roomba, made by iRobot and distributed in Italy by Nital, has been the forerunner of this revolutionary family of products.
Made of multiple versions increasingly advanced, this futuristic gem was designed by Colin Angle, expert in robotics, in order to give ordinary people the enormous advantages of the technology, making it accessible and easy to use for anyone.
A challenge already won, but that still reserves big surprises, because iRobot has no intention of stopping here, but promises to continue studying robotics applications for the practical improvement of everyday life.