The evolution of cooking appliances and food processors made the culinary art no more a tiring task but a pleasant activity for men and women indistinctly. The induction technology, then, made it more practical, easier and faster. 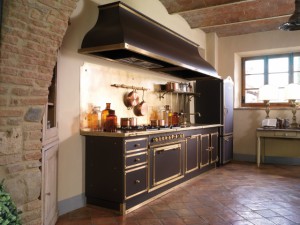 Kitchen and cooking will never be the same again. They changed deeply after the advent of electrical appliances that replaced the old fireplaces. But the biggest revolution was first the ability of controlling the flames with the hobs and then the replacement of the fire itself with electricity plates and induction hobs. All such new equipment allowed people to cook more and more like the restaurant chefs, creating a new popular passion, often fueled by famous kitchen TV shows. This trend also increased the attention for kitchen household appliances, which became the most important assistants of the family cooks.
The development of the cooking market has gone hand in hand with that of the real estate.
The available data show the exponential growth of the production of cookers and ovens, first in America and then in Italy, from the Thirties onwards.
These data also show a typical trend of this sector: the substitution of products, which are still among the most durable appliances, occurs every twenty-thirty years, generating phases characterized by significant growth in production, alternating with decades of stagnation.
In 1930, the U.S. and Canadian production of electric cookers amounted to 180,000 pieces per year. In 1940 it reached 450,000 units and exploded at the beginning of the Fifties, reaching 1,830,000 cookers. In Sixties, the North American market recorded a decline, falling to 1,495,000 units, but recovered in the next five years, exceeding 2 million units.
The gas cookers produced by the American manufaturers, however, were 1,373,000 in 1930, and in 1940 touched 1,742,000 units; in 1960 reached 1,814,000 and in 1970 amounted to 2,362,000 models.
Looking at the Italian trend, we note that in 1971 industry manufactured 1,329,000 electric cookers. The built-in ovens produced in the Peninsula that year were, however, 69,000, an important factor when compared with that of 1965, when only 26,000 were produced.

The big kitchen specialists
Several firms produced cookers, ovens and kitchen equipment together with all the other major appliances. But some companies decided to specialize only in this specific area.
Francesco Bertazzoni started at the end of the Nineteenth Century the production of wood-burning cookers, together with his son Antonio, founding in 1882 the company Bertazzoni (known today for the brand LaGermania. In in the Twenties the firm started its large-scale and successful production of cookers.
Another big brand of kitchen appliances, very famous all over the world, is Smeg, founded by Vittorio Bertazzoni in the years after the war and reconstruction. The company was able to combine the sophisticated taste of Made-in-Italy with technological innovation, leading abroad the Italian style. Its original and sophisticated appliances became very trendy in the Sixties.
The kitchen performance and design were the subjects of extensive studies by many other specialized producers, as Renzo Bompani, who established his company in Modena in 1954. Since the Fifties and Sixties to today it has succeeded to reinterpret the contemporary styles and wishes in every age.
The surge in construction activity after the Wars gave force to the entire market of cooking that developed in Italy in particular, in the area of Emilia, not coincidentally land of good food, where in 1959 Glem Gas was born, another important Made-in-Italy brand.
Switzerland was, instead, the birthplace of Franke, which developed from an old steel mill, founded in 1911 by Hermann Franke. 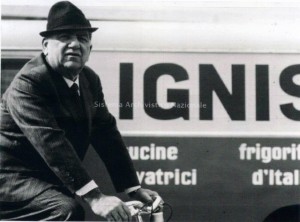 Induction of new generation
In 1979, Scholtes, currently brand of Indesit Company, presented Europe’s first electromagnetic induction hob, which represented a true revolution in thermal efficiency in the kitchen.
This model, in fact, uses special coils that generate a magnetic field that is converted into heat only inside the pot, ensuring a thermal efficiency of almost 95%.
The only precaution to be taken in the use of induction hobs is the choice of the pots, which must be iron-magnetic, that is made of steel, cast iron and iron; while aluminum pans, glass, earthenware and copper cannot be used on this type of hob.
Beyond this initial requirement, however, the advantages are significant: first, the drastic reduction of cooking times and second the heat distribution that ensures optimal results. Finally, characteristics of considerable importance, the reduction of accidental burns risks.
Nowadays, the range of induction hob models is really wide.
Gaggenau, important brand of kitchen appliances, has developed a hob for those who want to cook like they do in the great kitchens of the restaurants. It is named Full Induction, a model of 80 cm, which offers an area of cooking of 2,800 cm2 , on which it is possible to place up to four pots everywhere on the surface.
With the induction model MaxiSense, Aeg-Electrolux also has freed the traditional cooking zone from the bond to accommodate pots of specific diameter. The innovative product allows to use indistinctly, on all cooking zones, pots of different shapes and with a diameter from a minimum of 12 cm to a maximum of 21 cm.
Focus on saving energy is instead one of the main plus offered by induction hobs produced by Whirlpool, which extended its famous 6th Sense technology to cooking. It allows you to combine the speed of cooking with the reduction of electricity consumption . And thanks to the area FlexiCook , the surface is suitable for all sizes of pots, activating automatically only the cooking zone on which they are positioned .
Versatility is also a distinctive feature of the appliances manufactured by Candy and Hoover. The company has included in its extensive catalog of cooktops, models of 60 and 75 cm, which have however the same dimensions (560 x 480 mm). This solution allows you to replace a traditional hob with a larger one, without having to modify the work plan.