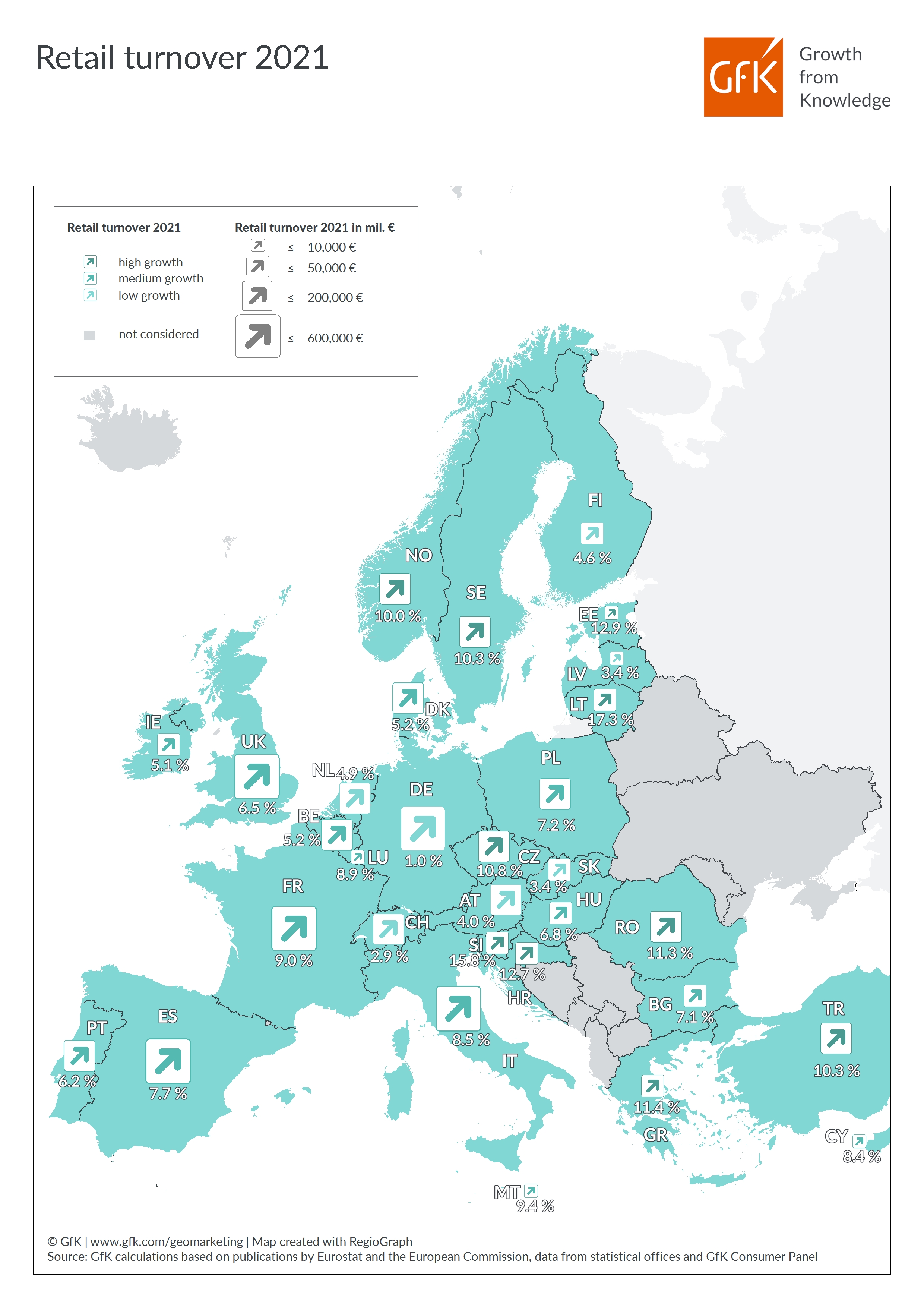 According to GfK European retail study, in 2021 the retail sector in the 27 countries of EU grew by 6.8 percent. In 2020 the turnover growth was of 1.5 percent. As regard the single markets, the company underlines that the highest growth rates were recorded in smaller Eastern European countries such as Lithuania (up 17 percent), Slovenia (up 16 percent) and Estonia (up 13 percent). Larger markets such as France, Spain and Italy also all recorded retail growth rates of over 7 percent.

Driver of retail value increase were the non-food segments. «Despite the pandemic and a difficult market environment, the past two years have been quite successful overall for retailers from a sales perspective – explains study lead Philipp Willroth -. However, city center-relevant retail, especially sectors such as clothing, footwear or jewelry, is still suffering badly in many European countries. This is because online retail is gaining more and more ground, especially in high-growth regions in Europe, which is why new digital offerings will also have to be tested in city center retail in the medium term.»