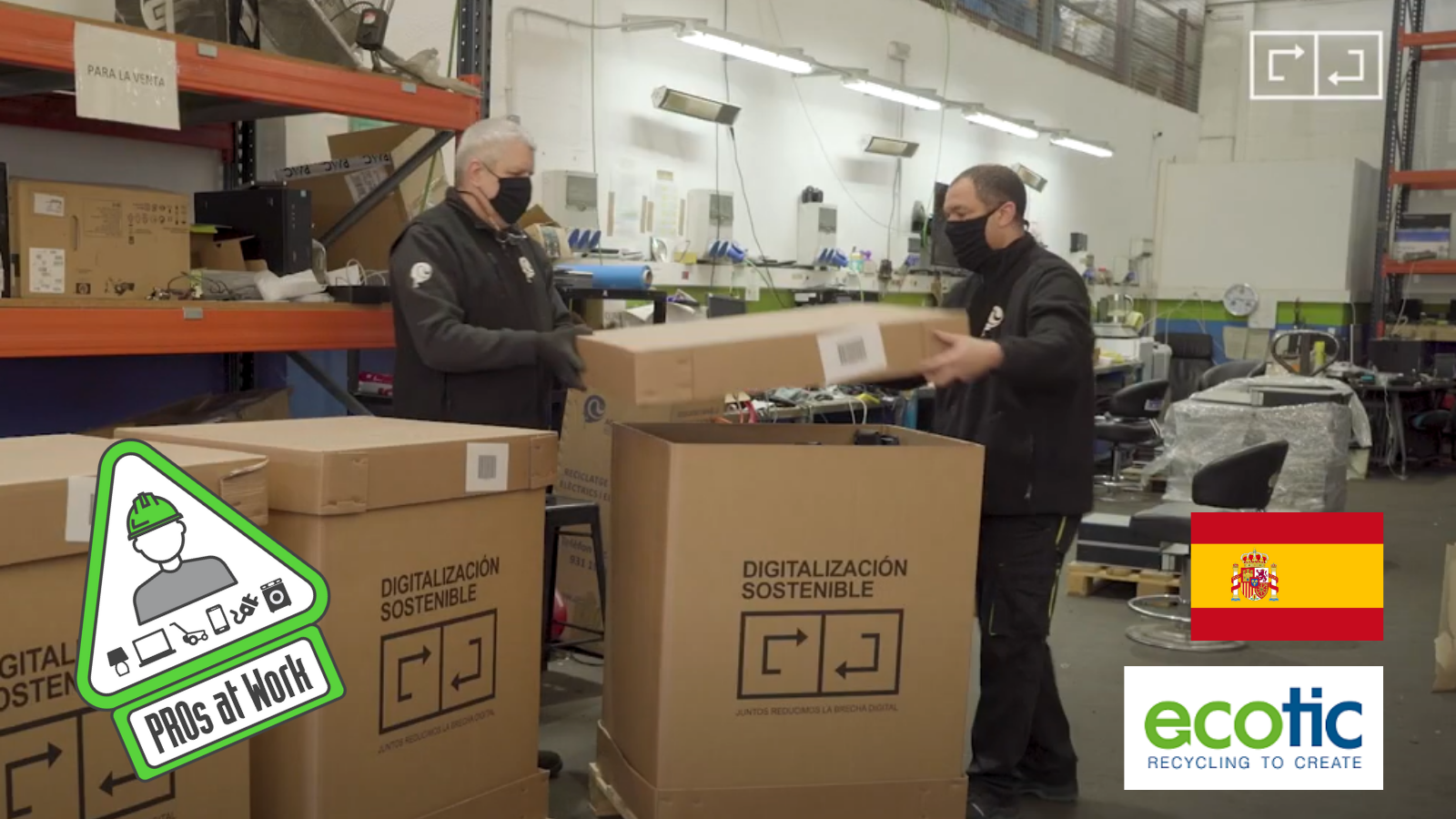 ECOTIC, one of the main WEEE Producer Responsibility Organizations in Spain, together with the CEOE Foundation, a non-profit entity belonging to the main Spanish confederation of employers’ associations, the main Spanish PROs and other collaborating entities, promoted the ‘Digitalización Sostenible’ (Sustainable Digitization) campaign throughout 2021, which aimed to reduce the digital divide in Spain.

The campaign directed donations of computer equipment and components from more than 60 companies, freelancers, and entities in Spain, so that they could be reused by children, elderly people and other groups at risk of social exclusion through educational plans, trainings and social and labour insertion programs developed by the 40 collaborating NGOs.

Of the nearly 5,000 pieces of equipment and components collected, 55% met the conditions so that they could be used for reuse preparation processes, with which nearly 16,000 beneficiaries will be able to profit from a second life of the equipment through the different programs.

It is estimated that the total emission savings achieved thanks to the reuse of this equipment will overcome 108,000 kilograms of CO2 equivalent, and the other 45% was allocated to recycling, contributing to the prevention of the generation of new waste. The success of the initiative has encouraged ECOTIC and the other entities to launch a second edition of ‘Sustainable Digitization’, which will take place throughout 2022.

A fil rouge between outdoor and indoor

Not only in the garden