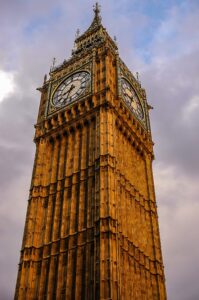 UK government announced a plan for new energy efficiency legislation, according which fridges, washing machines and televisions will soon be cheaper to run, easier to repair and will last longer As written in Goverment website, ministers are set to introduce tough new rules for electrical products to tackle ‘premature obsolescence’ – a short lifespan deliberately built into an appliance by manufacturers which leads to unnecessary and costly replacements for the consumer. From this Summer, manufacturers will be legally obliged to make spare parts for products available to consumers for the first time – a new legal right for repairs – so that electrical appliances can be fixed easily. The move is expected to extend the lifespan of products by up to 10 years – preventing appliances ending up on the scrap heap sooner than they should and reducing carbon emissions at the same time. The UK generates around 1.5 million tonnes of electrical waste every year. The changes will also set far higher energy-efficiency standards for electrical products which, overall, will save consumers an average of £75 a year on energy bills. They will cut 8 mega tonnes of carbon emissions in 2021 by reducing the amount of energy products consume over their life-time – the equivalent of removing all emissions from Birmingham and Leeds each year. «Our plans to tighten product standards – explains business and energy secretary, Kwasi Kwarteng – will ensure more of our electrical goods can be fixed rather than thrown on the scrap heap, putting more money back in the pockets of consumers whilst protecting the environment. Going forward, our upcoming energy efficiency framework will push electrical products to use even less energy and material resources, saving people money on their bills and reducing carbon emissions as we work to reach net zero by 2050».