Gruppo LUBE celebrated a very special milestone: the opening in Italy of 500 single-brand stores in just five years. Focusing attention on a replicable and recognisable distribution format, and no longer on an individual model, was the successful strategy that allowed Gruppo LUBE to become one of the leader on its market, with both the Cucine LUBE stores and the Creo Kitchens stores, the latter of which offer a valid and quality alternative to what is offered by the LSRT channel. 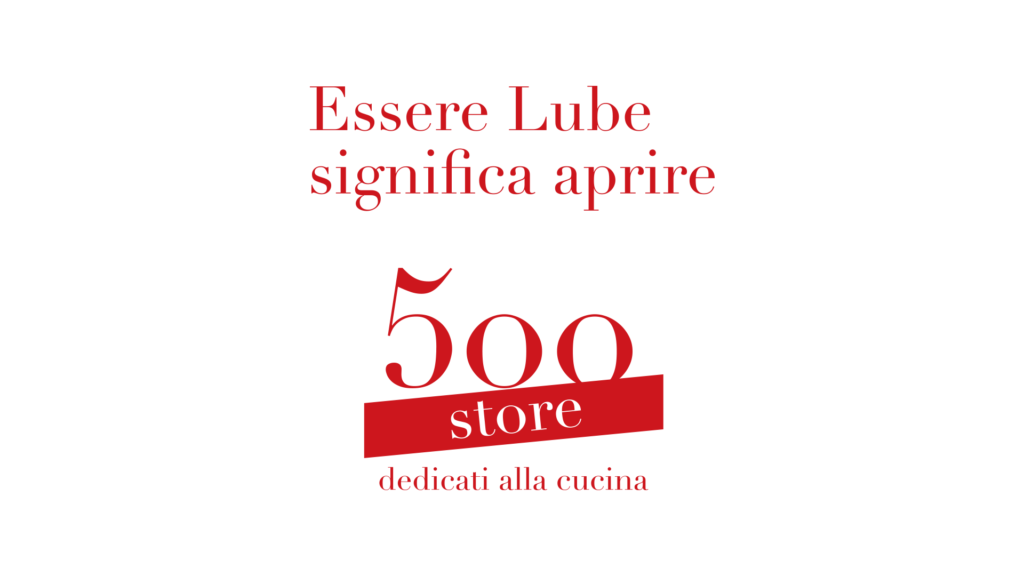 «After the major crisis from 2009 to 2011 – the company CEO, Fabio Giulianelli said – it became necessary, almost imperative, to change the distribution mechanism adopted up until then. During that period, with a price war going on, there was a deluge of bankruptcies, because the need to sell something with values other than an affordable price had not matured yet; we had yet to understand that it was necessary to sell quality and, above all, specialisation in a specific product. This was the background against which we devised the project to create dedicated stores specialising in the sale of kitchens only, stores in which the final customer could sense with certainty that the best kitchens available were present there. This type of proposal was the true revolution in distribution. We changed the patterns of a store as conceived before and, as a consequence, we created a store with a name based on the one of the owners, a store with a single name linked to our company brand. At the same time, we decided to create a further distribution network that would complete the offer of Gruppo LUBE and to accompany the Cucine LUBE brand products with a range of kitchens that would capture an extremely important segment of consumers, those who seek a product at an affordable price but with guaranteed quality: that is how the idea of Creo Kitchens was born.»
Despite the health emergency of 2020, the Italian company has inaugurated thirty stores and new openings in Italy will continue at a pace of two or three a week up until the end of the year. In the LUBE vision, in fact, the Store is and will always remain the focal point for the Gruop. “The emotion and the memorable purchasing experience, together with the ability to listen and understand the needs of our customers by assisting them, step by step, – the company underlines – will continue to be the cornerstones of the business strategy of the Marche-based company in the future, because the milestone of 500 stores is just the beginning of a new chapter in the story of a family business that started over 50 years ago.”

Valcucine choosen for a refined project in Manila

With the Best iQ Blower System, the hood is more intellingent