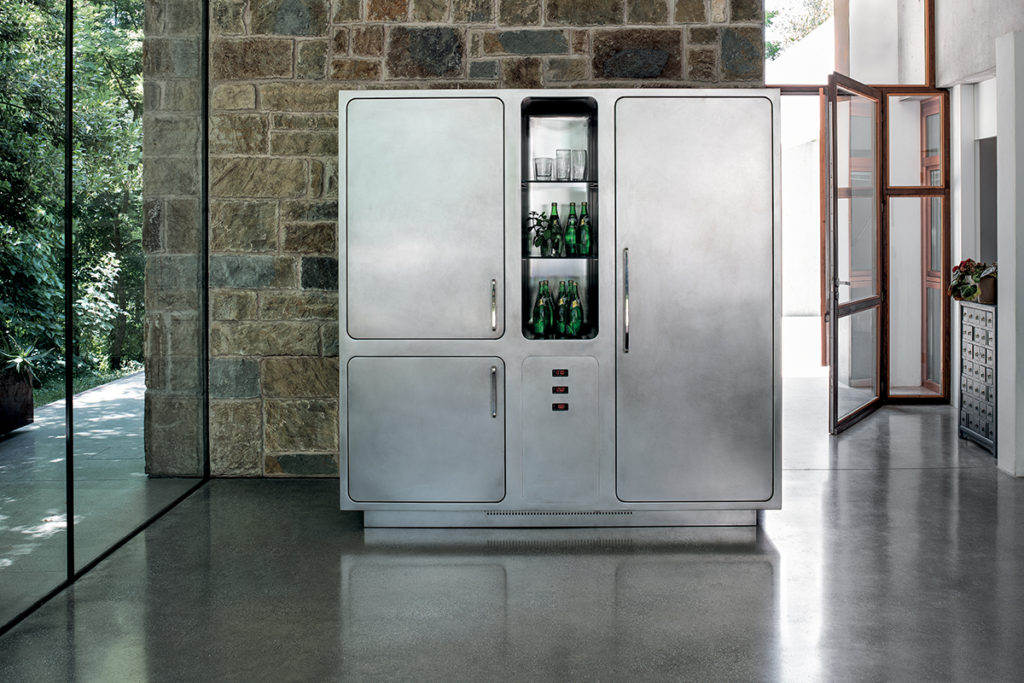 With the advanced technology of Abimis food and its nutritional properties are perfectly preserved. The company, in fact, has created the Cooling Control System, a program consisting of fully customizable refrigerated columns, with differnet finishing and configuration available, particular and sophisticated in their kind, which allow to modulate the temperature of the various compartments and monitor their status at any moment. Thanks to the Cooling Control System, which uses the same technologies as large restaurants, Abimis allows the world of “domestic” preparation to approach the professional one. The freshness of food and its correct preservation are guaranteed by the brand thanks to a range of high-performance instruments that are characterized by technical reliability.
The Cooling Control System is a “refrigerator”, which is divided into several cells, separated from each other and at different temperatures, for storage and organization. All system shelves are removable to ensure maximum accessibility and better organization of spaces. Finally, an internal ventilation system guarantees the same temperature anywhere in the cell.
The Cooling Control System is also characterized by a synthetic, minimal and elegant design. Its sinuous lines recall the shapes of the iconic EGO model, in order to keep its identity constant, thanks also to the use of a recyclable material such as stainless steel.
In addition, Abimis meets the highest quality and functional standards also in terms of hygiene: the flush doors and the radial doors, without sharp corners prevent dirt from lurking, facilitating cleaning operations. The Cooling Control System also adopts the Gastronorm system, which provides standard dimensions for containers, trays and other instruments used in the catering world, optimizing the arrangement of the rooms and the usability of all the various foods and work tools.