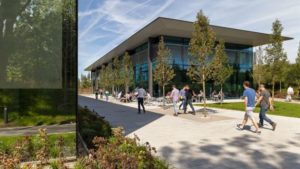 James Dyson is going to open a new engineering institute where many new engineers will be trained. The new institute will be located at Dyson’s campus in Malmesbury in Wiltshire and required an investment of 15 million pound. It will offer a four-year engineering degree and, according to BBC, Dyson said that 850 students applied for the initial places and 33 students began learning in temporary classrooms in September. The undergraduates are mentored by Dyson’s scientists and engineers who will teach students alongside academics from the University of Warwick. Moreover, Dyson himself explained that: «It’s a tough course but they’re employed, they’re paid, there’s no fees and they end up at the end of four years with an engineering degree. I hope and I believe that they will be the best trained engineers in the world.»

Special railway line from Trieste to Gorenje plant in Velenje