Efficiency as saving of time, effort and consumption. But even as better results, technological innovations and eco-sustainability. Throughout their history, the washing appliances have progressively improved their performances, playing an increasingly important role in consumers’ life. 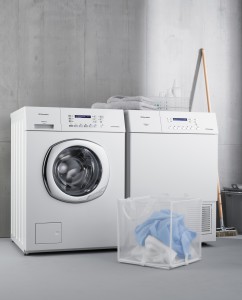 Over the years, the washing appliances have become increasingly sophisticated and efficient, becoming more and more indispensable in the homes of the users. Of all the appliances in this segment, the washing machine is the product that was surely perceived by the consumers as the most revolutionary and useful appliance to improve their lives, offering steadily increasing performances. Enrico Finzi, a famous sociologist, journalist and president of AstraRicerche, confirms that the washing machine can be considered the undisputed revolution of the century. And the reasons are really numerous. There is no doubt that its role has been essential in freeing women from domestic labor, because the laundry was once an hard and often unhealthy activity. In fact, in the past, people went to special public areas (still visible today) to wash clothes, in all seasons, challenging bad weather and therefore incurring in lung diseases in winter and heat strokes in the summer. Besides, the quantity of clothes to wash was less than today but the clothing included large amounts of home linen to carry along by foot, and to wash and wring by hand. That was not only an extremely tiring activity, but it often ruined hands and wrists, covering them with sores and blisters. Finally, the results in terms of hygiene and cleanliness of the tissues were obviously modest compared to today. All these factors decreed the undisputed success of this appliance, which allowed women to change their lives, saving time and effort. The evolution of the washing machine has been developed together with the evolution of chemical detergents, which received a significant boost from this appliance. The features on which producers worked to improve the performances of the washing machines were mainly the load capacity, the power of the centrifuge, the differentiation of the programs and the external dimensions. And the results were excellent: today anyone can easily use this device, which washes brilliantly, cleans, protects the tissues and respects the environment. The simplification of the washing operations has also brought to an higher purchase of clothes and textile products for home over the years of economic boom.

Dishwasher, the “unlucky sister” betrayed by the economic situation
To wash dishes was less tiring than to wash clothes but however it was hard, especially considering the large families of the past. Nevertheless this appliance has never had the same success of the washing machine, perhaps because of the decrease of the population in the recent decades. The reasons are several. The first reason is the obvious difference that exists between the effort to wash home linen or pots and pans. But this is not all. Initially, when the purchasing power of consumers was limited and the cost of the appliances unpopular, the economic element weighed a lot and the dishwasher hardly entered in the Italian homes, not being perceived as indispensable. Often, however, even those who possessed it, used it only in special occasions when the kitckenwares to wash were more than usual, but the dishwasher was not used for daily washing. This attitude was probably linked to the economic situation and to the desire to save energy. Then, the producers explained – with various information campaigns – that this device consumes less hot water than the one that is required to wash by hand. But this was not enough to increase the consumptions, oriented more and more towards items less useful but more engaging and rewarding, such as televisions, radios, small appliances for the body care and wellness. Since 2000, the boom of consumer electronics with more affordable prices has certainly distracted attention from the segment of the dishwashers that still does not reach 60% of the diffusion, compared with 90-95 % of washing machines. In this context, also the proliferation of singles, the young people who struggle to have house and family and the stagnation of the housing market are certainly important factors. In short: less new houses, less families, less dishwashers. So, we can say that this product hasn’t “taken off” not because less interesting and efficient than others, but because it suffers for a series of socio-economic conjunctures unfavorable to its diffusion. The comparison between the production data of these two devices perfectly highlights the exponential gap between the demand of washing machines and the demand of dishwashers, not only in Italy but also in North America. Conversely, however, since 2000 the rapid saturation of the market, combined with the delocalization of the production and the economic crisis, has brought to a contraction in industrial output of washing machines, reducing the number of produced units in the Italian and North American territory.

Washing machine and dryer: marriage or divorce?
The big players of the Washing sector have launched the dryer to complement the washing machine. The dryer can be an extremely useful device, particularly in countries where the weather is often bad and to dry the laundry in a short time can be really difficult. The first models appeared in America in the Forties. But where the climate is milder, this appliance has been slow to spread and still has a much lower penetration than the washing machine. Also the efforts of the producers to find space-saving 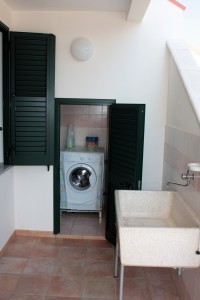 solutions, in response to the difficulties arising from homes with small dimensions where it is possible to introduce new equipments sometimes, didn’t give big results. The economic crisis, then, has stopped the further growth of the segment, despite the launch of the appliances which combine washing and drying performances. We must, however, recognize that the dryer has been a further simplification of the life in many rainy countries, where families are often numerous and washing cycles are necessarily frequent and rapid. Technological innovation has also made ​​the performances of the models more and more advanced, also simplifying the subsequent ironing of the clothes, thanks to special systems that smooth the folds during the drying. The mission of the appliance to facilitate life and domestic labor is therefore not yet exhausted… The future of Washing will certainly depend on the complementary nature of the devices, but we need to see if consumers will prefer the union or the dissociation of these appliances.