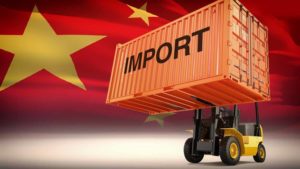 From the next July 1, manufacturers will be able to export their home appliances to China with a lower tariff. The State Council, China’s Cabinet, in fact, announced an important reduction of the import tariff on many products, among which household appliances, for which average rates will drop from about 12.5 to 8 percent. According to the Premier Li Keqiang, this choice responds to the country’s strategy of continuing the opening-up to benefit domestic consumers and boost industrial transformation.
«We must strive to preserve China’s status as a major destination for foreign investment – Li Keqiang explained – Opening-up has driven China’s reform endeavors in the past 40 years. Foreign-invested enterprises have been a significant contributor to Chinese exports. More importantly, they have brought to China industrial and value chains and spurred corporate reform and innovation.»
It was also decided at the meeting that investment facilitation will be enhanced based on international standards. The negative list in the market access of foreign investors will be revised and released before July 1.