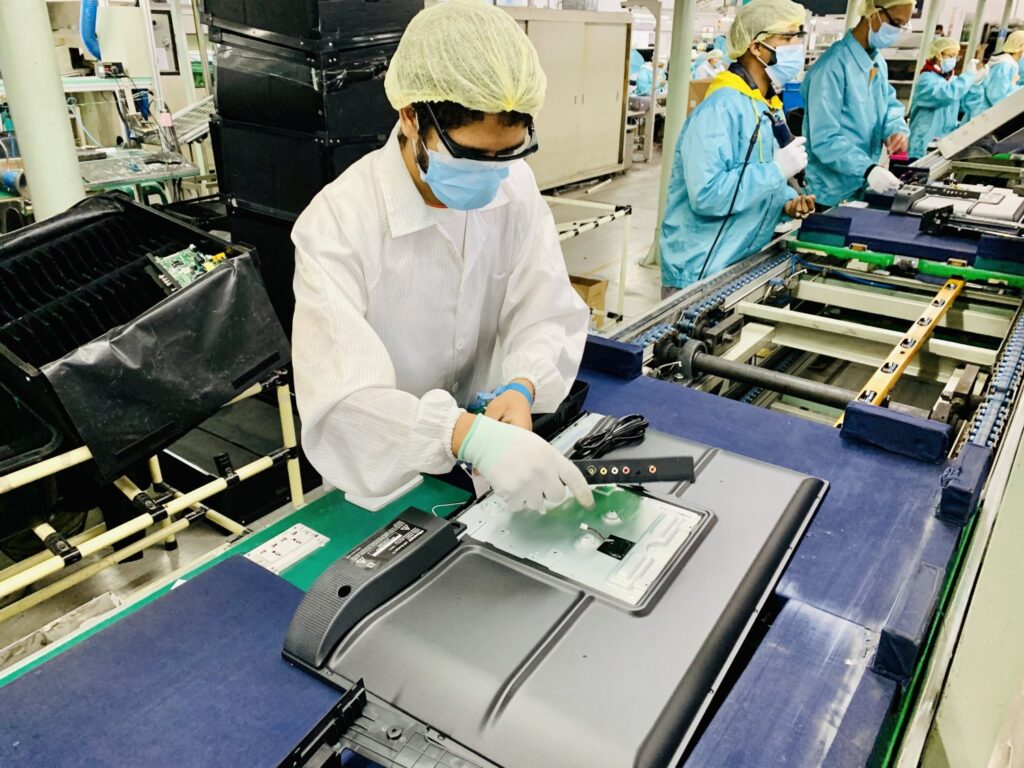 Hisense announced that the company will start the production of its TV sets in the Gorenje production area in Velenje. The activity will start with the beginning of the next year with the production of Hisense brand TV sets for the European market. In the first phase, 330 production workers will be employed, and taking into account the professional staff, Hisense will create around 400 jobs in the new factory by January, offering the possibility of employment in the new TV set factory to employees from the production plants in Gorenje.
The Hisense Europe Electronic factory, which is being set up within the Gorenje production area in Velenje, in the former cooling appliances production hall, will produce two million televisions per year on 4 production lines in the first phase, and then, in line with market requirements, the capacity and number of lines in the next phases until 2023 will increase to the production capacity of almost 4 million TV sets per year.
«The investment in technological equipment – they say from the company – will be worth 7 million euros. In modern, automated production, we will initially offer employment to 330 production workers, and will first give the employees of Gorenje’s home appliance factories the opportunity to re-employ in the new factory. Transfers of current Gorenje employees to the Hisense Europe Electronic plant will be replaced by new jobs at Gorenje.»
One of Hisense’s major strategies is to centralize production bases in Europe, which increases operational efficiency and consequently reduces costs. Hisense Group has chosen Slovenia as the center of its European business operations, which is also the headquarter of the European part of the group, and has chosen Velenje as its main production and development location.