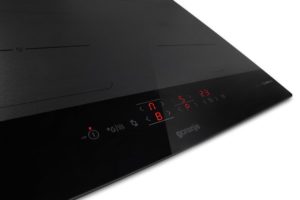 Two Red Dot design awards have been assigned to Gorenje, one for the Simplicity 2.1induction hob and the second for an Asko tumble dryer. Vying for this year’s Red Dot awards were no less than 5.500 products from 55 countries, competing in three categories. Gorenje has been awarded for the 45th and 46th time in a row and is the first Slovenian company to receive this prestigious design award back in 2005. 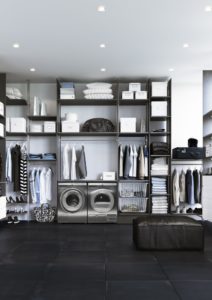 «Gorenje was again pleased to receive the Red Dot design award – commented  Lidija Pritržnik, director of product design at Gorenje. – This time, we won it in the “Red Dot winner award” category for our induction hob. The hob is a part of the third generation of a successful line of cooking appliances called Simplicity, which embodies the story of our brand – Life Simplified. This line includes products that meet the major needs of our users while relieving them of the burden of excessive functions and settings. We employed carefully thought-out solutions on the induction hob, which involves the use of sensors, in order to simplify the key challenges that the users face in daily preparation of quality and tasty meals».
Red-Dot-winning induction hob is a part of Gorenje’s Simplicity 2.1 line that adapts to a broad range of cooking needs. It features a large cooking area consisting of four separate heating elements; the two on the left-hand side are bridgeable, i.e. they can be merged into a single large cooking zone. The sensors in each heating element recognize the position and size of the pan and activate the relevant control keys. A special function also connects the cooking zones into a bridged zone if it recognizes that the pan is too large for a single cooking zone. Interactive graphics indicate the activated heating zones and synchronously follow the movement of the pans.
The product’s technical platform comes from a new generation of Gorenje’s induction hobs, but it is updated with innovative functions such as automatic pan recognition and the option to bridge two adjacent cooking zones. Thus, the hob offers even more flexibility and simplicity of use.
Asko, instead, received the Red Dot Award  for a tumble dryer under characterized by minimalist design, superior materials and make, and advanced user functions.

Materials: a look at the world of research