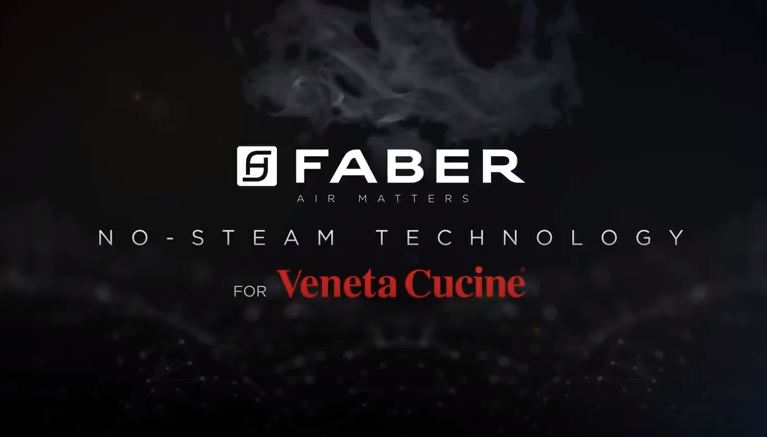 Faber know-how in the hood production enhances the technology of Veneta Cucine kitchens with No Steam, an innovative hood ideal for induction hobs.
The use of the induction hob in the kitchen produces a consequent condensation due to the considerable difference in temperature between the hot part near the hob and the colder air under the hood. The effect, also produced when a gas hob is used, is amplified in the case of an induction hob. The No Steam hood by Faber manages the ascent of fumes and steam thanks to air jets released in helical form and with variable geometry that create a vorticity and acceleration and favor the conveyance and the capture of steam. The process prevents steam from stagnating by eliminating the formation of condensation on the surface of the hood and on the cabinet doors, also guaranteeing good results in terms of extraction of fumes even at lower speeds.