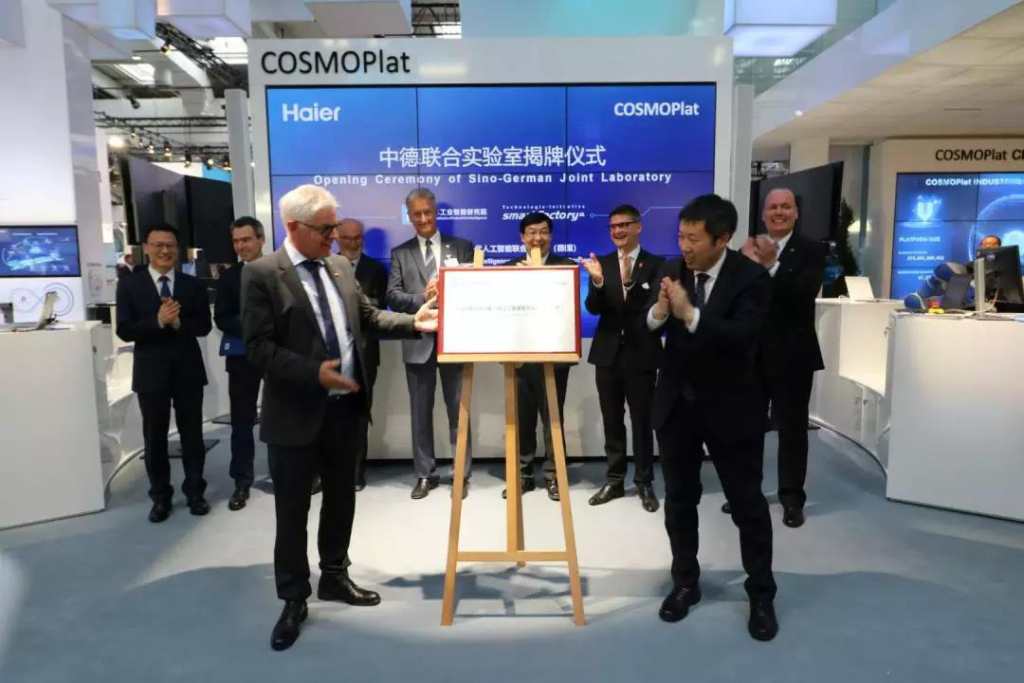 The Institute of Electrical and Electronics Engineers (IEEE) adopted a proposal and Haier COSMOPlat was designated to lead the establishment of international standards for mass customization models. It was the first time that the organization had established an international standard based on a model as a technical framework for more than half a century since its establishment.
Haier’s mass customization model has not only solved “how to achieve intelligent manufacturing”, but more importantly, it has solved “who are the manufacturing for”. Through community interaction, Haier COSMOPlat enables the user to participate in the whole process of design, production and sales, so the relevant parties know the identity of their users even before the production. To this end, Haier has developed a very important standard of “Non-stocking Rate”, that is, after the product goes offline, it can be sent directly to the user without entering the warehouse. Now Haier can achieve a product non-stocking rate of 69%. User customization accounts for more than 16% and customer customization accounts for 52%. With the help of community interaction, a washing machine called “Yunxi” in Haier achieved more than 200,000 pre-sales before going on-line and achieved a 100% non-stocking rate.
Yunxi products’ achieving up to three times the previous order volume was benefited from the COSMOPlat where community users participated in the whole process from the interaction of ideas to the product launch, so the products have been user-oriented, and the product can be claimed by its user as soon as it is produced, that is “the integration of producing and selling”.
The Yunxi 2.0 went online just four months after the first launch. On the day of the Yunxi 2.0’s debut, 216,000 sets were pre-sold. Compared with the Yunxi 1.0, which was launched at the end of June, the pre-sale volume increased by 38%, achieving a 100% non-stocking rate.