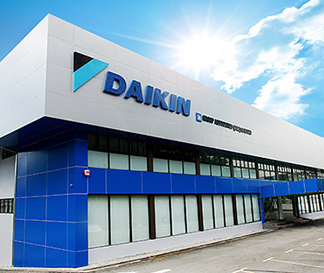 Filtering is one of the main function of air conditioners. This is why Daikin Industries has empowered this area with the acquisition of Dinair AB, an air filter manufacturer in Sweden, taken over by American Air Filter Company, (“AAF”), a Daikin subsidiary involved in the filter business. The acquisition of Dinair was performed through AAF-Lufttechnik GmbH, an AAF Group company in Germany, and all procedures have been completed. Dinair has been expanding its business focused primarily on Northern Europe in the countries of Sweden, Norway, and Finland. In addition to its headquarters in Sweden, it has production facilities in Finland and Latvia and is engaged in the manufacture and sell of air filters for residential and commercial use air conditioners. In terms of scale, the European air filter market ranks only behind that of the United States, and more than 30 percent of the market is occupied by Germany and Northern Europe in particular. In addition to the automotive and pharmaceutical industries, the region is home to a thriving manufacturing industry for high-tech industries, including communication equipment, and the need is great for high value-added products such as those for cleanrooms. With strict regulations relating to indoor air environments that include residences, commercial buildings, and factories, the European market is poised to expand further in the future.