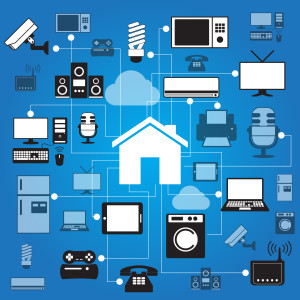 The appliance industry has faced, and is still facing, challenges that go far beyond the economic crisis and the drop in demand. It is experiencing a deep reorganization which involves radical changes on all fronts: new technologies, new competitors, new markets, new legislation and new social needs.
Nevertheless, the sector in Europe remains, at the manufacturing level, one of the most important.
The big players of the industry, in fact, still maintain a significant industrial presence in the Old Continent. And it is just thanks to this role that Ceced Europe has been able to present to the European Commission a ten-year program of concrete measures to relaunch the sector: a long-term vision that allows to review obstacles and current issues and to introduce a new regulation.

The benefits of such an operation, after all, as amply confirmed by Ceced, would be extended to the whole European economy and society, which has all the interest in supporting the sector. Sustainable development brought by the technological innovation of the appliances, in fact, determined an important improvement in lifestyle that embraces several areas: from energy and time saving to the better conditions of the environment, of the house and of nutrition.
Moreover, at the macroeconomic level, to relaunch the home appliances manufacturing means saving 211,000 direct jobs which, together with indirect employment and allied industries, are very close to 1 million employees across Europe. But the economic benefits also concerns the industry contribution to the Union GDP (about 53 billion euro in 2011) and the taxes paid by all operators in the sector, amounting to 14 billion euro.
So, the issue is serious from all points of view: we are speaking to protect an industry that Europe has built during over a century and which is now threatened by several factors.

With great pragmatism, Ceced established four areas on which to focus the interventions to be submitted to the European Commission. They range from a better regulation to the promotion of sustainable lifestyle, from the realization of the connected home to the acceleration of the European economy.
Here is a summary of the activities in which the European Association of the home appliance is operating for each of these areas.
All program details are available on the dedicated website: www.ha2025.eu

A long-term plan to relaunch the home appliance in Europe 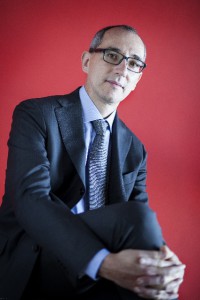 The still strong position of home appliance industry, in terms of employment, contribution to GDP and to the sustainable development, has allowed Ceced to submit an action plan to the European Commission to regenerate the sector by 2025

Of every eight appliances purchased in EU countries, seven are made ​​in Europe. This is an extremely significant figure, attesting not only the key role of the sector in the Old Continent but also the close connection between market and local industry.
The manufacturing sector of household appliances, in fact, has a great value in the EU economy, but needs a long-term vision, such as that developed by Ceced Europe, brought directly to the attention of the European Commission.
Paolo Falcioni, general director of the European Ceced, illustrates to Home Appliances World the stages that are on the basis of the project “Home Appliance 2025: a vision for the home appliance industry in Europe”, a structured and very concrete program of proposals for a complete reorganization and recovery of the sector.

How was the project “Home Appliance 2025” born?
The household appliances sector is very important for the European economy and in particular for the Italian economy, because in the ranking of production volumes Germany and Italy are at the top two places. The aim of this project is to ensure that the sector continues to maintain a significant weight not only in terms of sales but also as manufacturing component of Europe. The initiative has been made ​​possible thanks to the direct involvement of the companies’ managing directors that perfectly understand the connection among manufacturing presence, market, growth and employment in Europe. The combination of these factors gave life to the development of the project. To be direct members of the Association, after all, it is necessary to have a manufacturing presence in Europe. This is essential, otherwise we could not talk about industry in the strict sense of the term. All companies, from Arçelik to Whirlpool, from Ariston to Candy, have a significant manufacturing presence in Europe, and this has allowed me to bring the matter under discussion to the European Commission.

How was the initiative received?
It was caught with much enthusiasm by companies that stimulated me to think in the long term. Without a long-term vision it is difficult to judge the emergency of the present moment.
The idea was first to set a precise objective, namely the growth of the sector in Europe, that will have consequences in terms of employment, development, contribution to GDP and taxes paid by the sector operators to the Member States.

What is the institutions’ approach towards the problems of the household appliances sector?
With the new Commission, we have seen a marked change in direction. This had already been guessed from the opening statement of the president Juncker on job-growth and competitiveness and from the fact that was given the industry the opportunity to present its demands. So we had the occasion to meet various commissioners, both at the launch of our Vision and afterwards.
We are meeting the highest level of the Commission. We have already had an exchange of views with Věra Jourová (commissioner justice, consumers and gender equality), Andrus Ansip (vice president digital single market), Elżbieta Bieńkowska (commissioner internal market, industry entrepreneurship and SMEs), to which we have directly illustrated the industry vision.

Can you give an example of it?
Let’s think of the waste management. Of it 85% becomes secondary raw material, while 15% can be thermos-valorized or buried in a landfill. Where there is a tax on landfilling, the economic operator has all the interest to assess the reuse of waste instead of its wastage. Thermo-valorizing it, they save both the cost of landfilling – giving value to what, at first, could only be buried – and the charges of the plant heating system.
This process exemplifies very well as a certain measure – in this case the tax – becomes an incentive to spur the market to find the best solution to a given problem.

Coming back to home appliances and better regulation, what will you propose about market surveillance?
The common internal market is the largest value that the European Union has created till now. So, the Union must do more to protect it. Market surveillance must evolve, because the current situation is not working. There are some virtuous Member and others less simply because they lack the funds to withdraw products from the market and do the checks. A viable solution that would solve the problem at the root would be to use Community economic resources to make the test to products and provide reports to the supervisory authorities of the national markets. So they would have all the necessary tools to face the situation. Only in this way they would be put in the condition for performing well their jobs, which is not possible today, neither in Italy nor in other countries.

What is it possible to do in practice to solve the problem?
The new legislation should improve by learning from the mistakes of the past, when it was determined that the market surveillance was responsibility of the Member States, left alone with a task for which not all were ready. To delegate them this responsibility is correct only providing all the practical tools to perform this task.

What are the other aspects your project deals with?
We want to focus our attention on sustainable lifestyle to which appliances have largely contributed. In this regard, we have recently taken part at the Sustainable Innovation Forum 2015, a conference focused on the industrial sectors linked to Cop21 in Paris. We participated at the event as an association, with our stand, and I myself was the moderator of a conference on energy efficiency. In that occasion we had the opportunity to explain what contribution our sector has given the sustainable lifestyle.

In terms of energy savings?
Not only. ‘Sustainable’ means many things: to save time at home, to save energy, to take care of the product from its birth to when it is brought to the landfill. This is also useful to demonstrate how our industry is already circular and how important is the involvement of all the actors of the supply chain to further improve. The most significant obstacle to the circularity of the sector is the fact that two thirds of Weee are not tracked today and we do not know where they go. The part managed by collective systems is only one-third. In this situation, it makes no sense to impose strict requirements of eco-design before obtaining full traceability of waste.

What else will you ask to the European Commission?
We would like a legislation that concretely help and support innovation. There is a direct link between innovation and wellness, but nowadays in Europe too little research and development are done. We must, however, demonstrate that by increasing innovation we can get a driving effect both on products and on well-being of citizens and, consequently, on workers.
In order to make innovation, we need funds and we want to ask the legislation to destine part of them to the innovation connected with home and household appliances, without imposing restrictions on the development of new ideas.
I recently attended a conference in Nice on radio equipment directive because, incredibly, according to this regulation a washing machine equipped with wi-fi is considered a kind of radio that, among other things, also washes clothes. Which would impose to manufacturers to meet a number of requirements related not to washing but to the radio frequency. Thing that can only have a negative impact on the development of the connected home, the third pillar of our vision, around which we have brought attention at the Sustainable Innovation Forum.

What is, instead, your position on energy labeling?
This year we “has celebrated” twenty years of stability of the energy label, in the sense that each class, during two decades, has always had the same meaning. In 2010 new categories were introduced, such as the A+ and A++ classes, but the concept of scale has benefited from a twenty years stability, which has determined its success.
Right now we are facing two particular cases, those of washing machine and refrigerator, for which the upper class is too populated because the market has moved very quickly to the top classes. Only in cases like this, where there are real needs, we are willing to rescale the label. In any case, it must remain stable at least for another decade. Where it is not necessary, we are absolutely not available to make rescaling, that would damage industry, as well as consumers and retail.

Speaking of retail, do you think that an organization similar to your own, but that brings together national associations of trade – such as the Italian Aires – would be useful to the development of the sector?
There are needs and laws in discussion at European level, such as the review of consumer law, which undoubtedly would benefit from an overview of all those who deal with consumption. Currently they are already active associations such as EuroCommerce and ERRT (European Retail Round Table) which bring together European trade operators from various sectors, but there is also room for an organization of the retail focused only on home appliances. The way to go, after all, is surely that to favor a greater European integration from all points of view, which would enable to offer better services to consumers and new business opportunities to trade operators.