Thanks to the indications of the European Union, producers and consumers are making converge the small appliances market toward more and more sustainable products. A trend that seems to be by now unrestrainable 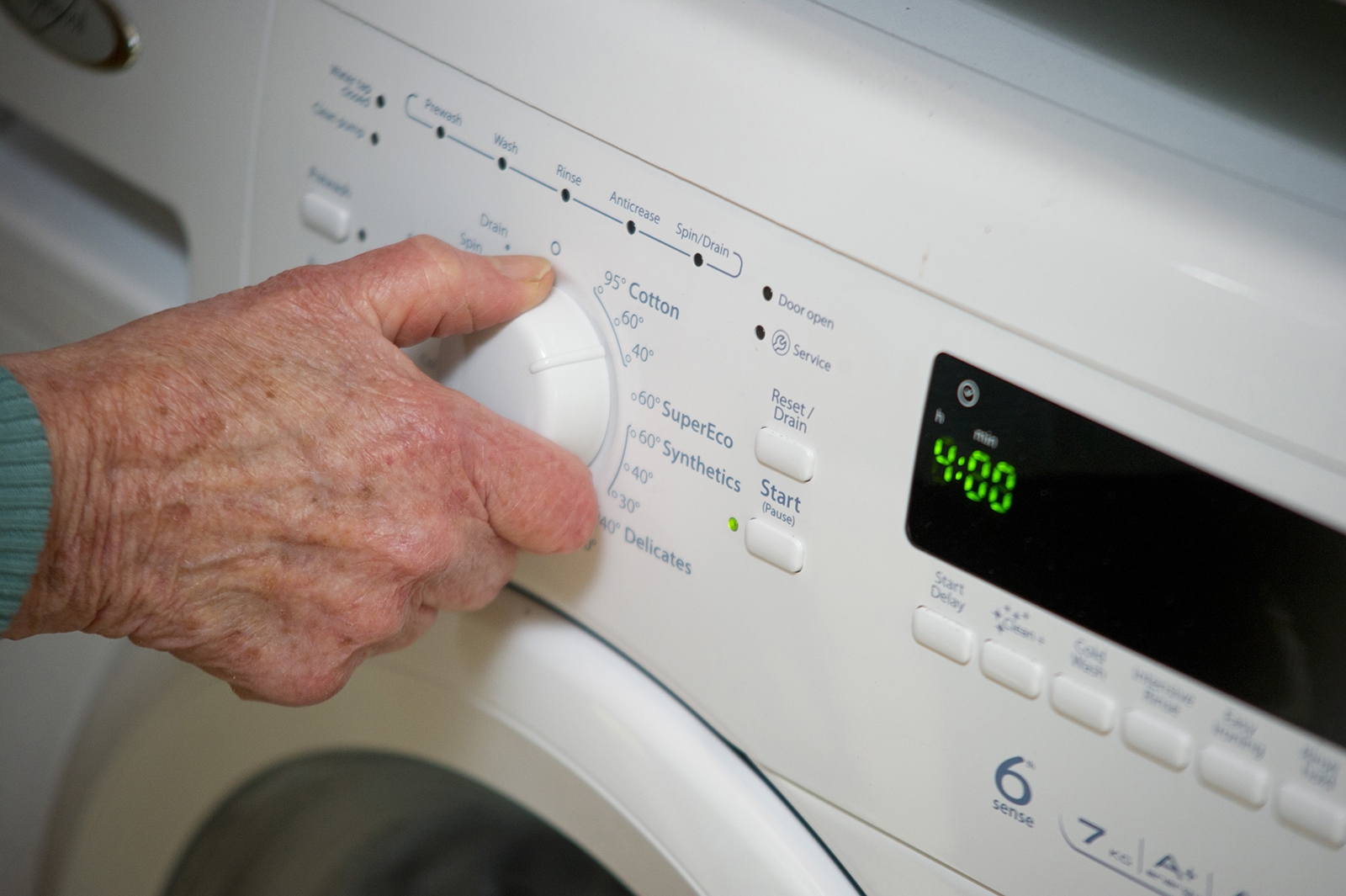 A study by the Natural Resource Defense Council estimates that the stand-by mode of TV sets and electronic devices makes the electricity bill of United States increase by 19 billion dollar, an average of a quarter of the cost of a year. An incredible figure if you think that these costs could be avoided.
Today we are used to have at home all our electrical or electronic systems always ready to use, but this has a cost and its name is stand-by. The calculations are derived from estimates made ​​on the basis that a quarter of the “modern” devices constantly consumes electricity, even when turned off.   Taken individually, consumptions may seem insignificant but the constant flow, multiplied by all the devices in the home makes a difference. An increasing trend, as previous studies indicated an impact by household appliances on electricity consumption by 10% or at most 20%. So, not only televisions and computers are left on stand-by, but also the set of new appliances that populate kitchens and living rooms – from  vacuum cleaner robots to pay TVs decoders – that, for the simple fact of having a digital display or a connection mode to the network, consume electricity even when not in use.
The trend could be changed only by acting on two fronts: on the one hand, every single citizen should unplug anything he/her does not use or at least adopt a timer; on the other hand, producers should do their part in the engineering stage, paying a greater attention on energy saving.
Speaking of consumption, at an European level, electrical appliances connected to the network when not in use consume about 90 TWh per year, equivalent to the annual electricity consumption of 24 million European families. If we consider the energy efficiency measures on stand-by planned by the European Union, it is estimated that the European annual electricity consumption could see  a cut of 75 TWh without, however, affecting the performance of the products. This means a reduction of 28 million tons of CO2, the equivalent of the emissions of 1.5 million families. Energy savings also translates into cost savings for European citizens. The estimation is of an average annual reduction of around 45 euro per user which, until 2020, for those who will choose particularly efficient products, will generate a total savings of 465 euro for each family.
But not over, the “greening” process of appliances contemplates another important stage: since 26 September 2015, the EcoDesign Directive, this is the name of the new regulation, will be fully in force, defining new criteria on energy efficiency, emissions and noise level of the electrical and gas appliances, actions also introduced for the protection and the competitiveness of European companies.
In Italy, according to estimates by Enea, in the domestic sector a massive use of more efficient technologies would allow to obtain reductions in consumptions up to 12% by the year 2020, about 4 Mtep (Million Ton equivalent of petroleum) less than the trend evolution, equal to about 1.4 billion euro (calculated considering a price of 75 dollar/oil barrel and a dollar/euro exchange of 1.25).  Our country has already fixed a savings target for 2016 by 9.6% compared to the annual average consumption of the five years 2001-2006, equivalent to 10.8 Mtep, equal to about 4 billion euro.
All actions that involve, on the one hand, the production of more energy efficient systems and, on the other hand, the adoption of more environmentally friendly behaviors.
In this context, the introduction of energy labeling played, and is playing, a very important role both for producers of technology and for consumers. 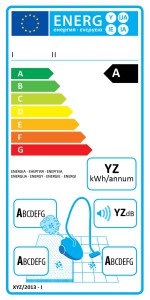 With the 2010/30 / EU Directive “Regulations on the labeling of the energy consumption of household appliances and other energy-related products”, the European Union ordered that all major appliances have a label. Respect for the environment and consumptions economy are the basic aims of the new label on appliances, according to the Erp Directive to which the Eup directive joins, issued by the European Union that, instead, imposes precise engineering standards in order to reduce the environmental impact and improve the energy efficiency of products that use energy.
From 1 January 2015 is into force the new EU regulation on energy efficiency and this will have  an impact on the lives both of consumers and of producers of technology, that so will be able to be more competitive on the European market. In detail there are three regulations affecting everyday appliances:

From 1 September 2014 in addition to the classic most common appliances in our homes, also the vacuum cleaner must be placed on the market equipped with the new energy label with the standard requirements set by the European Union. In particular, the new vacuum cleaners must consume less and thus have a power of less than 1600W, average annual consumption of less than 62KWh/year, suction performance on carpet greater than 70%, suction performance on hard surface greater than 95%. With the new label consumers will be allowed to make more conscious purchases, because they are informed in detail of the energy consumptions of the home appliance they buy, in order to be able to make comparisons among the various available models on the market and choose according to their needs.

On-line commerce
About on-line sales of home appliances from January 1st it has become obligatory to display the energy label in electronic format for all appliances. An important change compared to the past, because the regulations imposed that some information was provided but not the real energy label that now must be visible next to the product price and in a readable size. For reasons of space it is allowed the nested visualization that is to say an image in icon format clicking which it is possible to access to the enlarged image.
In Italy the Marketwatch campaign ( www.market-watch.it ), which controls 150,000 products in over 660 European shops, both physical and on-line, in its first edition in 2013/14 had outlined that in the on-line stores on average 62% had missing or incomplete information in the energy label.  «Energy labels are very appreciated by consumers who see them as a tool to avoid sucking energy products that bloat bills – Davide Sabbadin explains, the coordinator of the Market-Watch project for Italy – About 10% of the energy savings potential guaranteed by European legislation on efficiency is lost for their missing or wrong application. Overall we talk about 4% of the savings we want to achieve with the European climate package for 2030.» 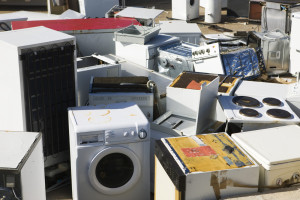 According to the Global E-Waste Monitor 2014 report, by the United Nations University, the electronic wastes produced worldwide in 2014 were 41.8 million tons. The value is increasing compared to 2013 and is, anyway, a value that will tend to grow by 21% over the next three years. According to estimates by the United Nations University only a sixth of these wastes are recycled and started to the recovery of potentially reusable materials that, in the case of maximum recovery, would have a value of about 48 billion euro.
These data are rather disconcerting: about 300 tons of gold (11% of world production of this metal) were lost, 16.5 million tons of iron, 1.9 million tons of copper and also large amounts of silver, aluminum, palladium and other potentially reusable resources. But not only, in addition to the lack of recovery, there is a damage for the environment as they were hazardous substances such as cadmium, mercury, chromium and chlorofluorocarbons that destroy ozone.
In terms of geographical areas, the main producers of Weee were the USA and China (32% of the global share), while the highest values ​​of waste per capita were recorded in Norway with 28.4 kg of Weee per inhabitant, followed by Switzerland (26.3 kg) and Iceland (26.1 kg);  Italy produced 17.6 kg per capita.
At Italian level Weee collection, managed by the Collective Systems, in 2014 amounted to 231,717,031 kg, with an increase of about 2.56% compared to 2013. The collection of Weee per inhabitant was an average of 3.8 kg, in  line with the minimum target required by European legislation. The number of collection centers active in Italy is increasing by 1% for a total of 3.801.
Regarding the five groupings, in which Weee is divided in the collection, the biggest continues to be R3 (TV and Monitor), with 68,512,035 Kg despite a small decrease (0.53%) compared to 2013, followed by R1 (refrigerators and refrigerating equipment) with 64,024,226 kg of WEEE collected and R2 (major appliances) with 57,949,079 kg, both growing by about 3% compared with 2013. In the fourth place remains R4 (small appliances), with an increase equal to 6.21% and 39,957,152 kg collected, while R5 (light sources) records the performance with the highest increase with a growth of more than 14% compared to 2013. 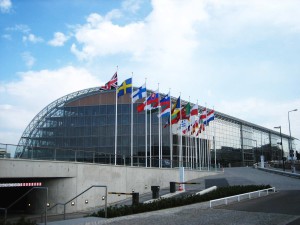 At a geographical level data indicate that if in the Northern and Central areas collection per capita increases, for South and Islands it falls by 3.79%.  The most virtuous of the Regions is Valle d’Aosta, while in absolute values, in first place we find Lombardy, with over 49 million kg of collected WEEE, with an increase of 5.42% compared to the last year.
Positive signals come from the world of small appliances. According to the Ecolight consortium,   after three years of stasis in the collection of waste of electronic equipment, the recycled small appliances have increased. In a framework that is substantially stagnant, the data on the collection of no more working small appliances, mobile phones and PC is good, because it marks a more than 10%. This is sign of a growing awareness by the citizens who do not throw the old vacuum cleaner or the broken blender in the general garbage, but want to be sure that they follow the correct path to recovery delivering them to the municipal eco-center or bringing them in store. Particularly significant consideration if you consider that this kind of waste has always been the most difficult to intercept. Too often, in fact, mobile phones, remote controls, and small appliances end up in the undifferentiated garbage can when they do not work anymore.