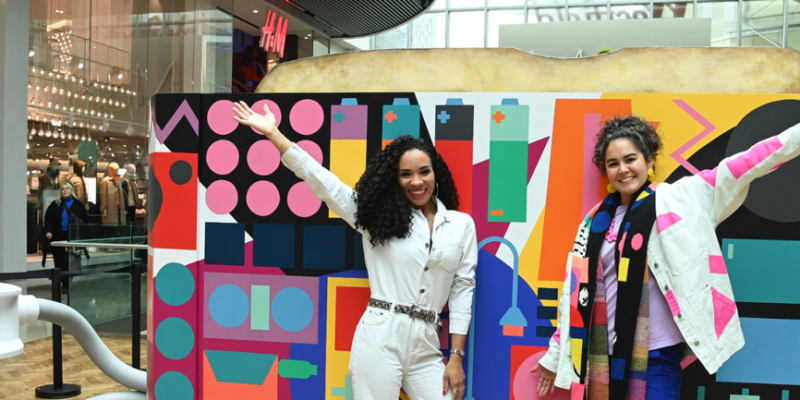 In the UK every year more than 11 million toasters are thrown away  according to research commissioned by Recycle Your Electricals. Among people who dispose of them, almost half (46%) don’t know how or where to recycle them, or weren’t aware they could be recycled at all. Everything with a plug, battery or cable must be recycled including toasters.

So Material Focus, which is the organisation behind Recycle Your Electricals, decided to launch a new campaign called ‘Love Your Old Toaster. The scheme encourages people to recycle their electricals and raise awareness of the 5,000 recycling drop off points across the UK.

To promote the initiative, a recycling bank disguised as a giant toaster popped up at the Westfield Stratford City shopping centre in east London recently. The toaster was covered in colourful illustrations of small household electricals, designed by muralist Eloisa Henderson-Figueroa.