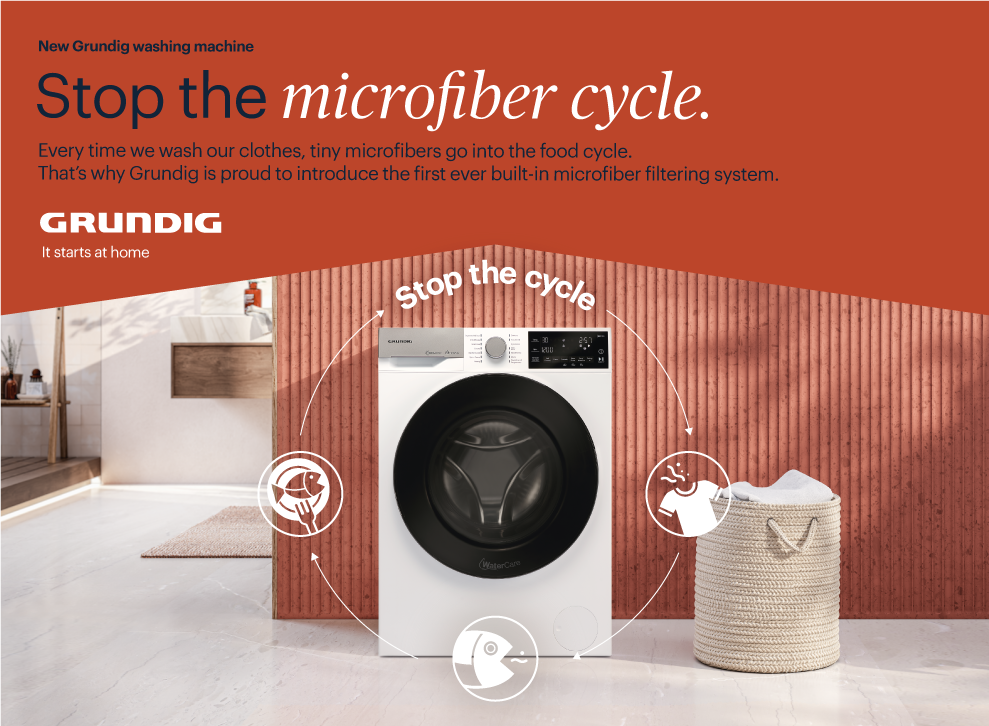 Once again Grundig joins technological innovation and environmental responsibility with the launch on the market of FiberCatcher® a new technology for the filtering and collection of textile microfibers. Three programs that capture synthetic microfibers in a special built-in filter, which when full, is returned to Grundig, to be sent to a specialized company for recycling. The Grundig FiberCatcher® freestanding washing machine is one of the latest projects focused on the environment from Grundig’s parent company, Arçelik which, under the banner of “Respecting the world, respected worldwide”, is committed to developing products that work to create a sustainable future.

According to the most recent studies, approximately 2 million tons of microfibers are released into the oceans every year, of which 700,000 tons, over a third, by household washing machines. Europe alone pours 13,000 tons of microfibers into marine ecosystems a year: on average 114 mg per kg of fabric in a standard washing cycle.

The new system retains and collects over 90% of the fabric microfibres that would otherwise be dispersed into the environment, polluting water and soil and eventually becoming part of the food we eat. The implementation of Grundig’s technology intends to interrupt this harmful cycle for the entire ecosystem: safeguarding the marine system, the soil and the food chain. The first 2 freestanding models of FiberCatcher® washing machines (models: GWP710619W-IT, GWP79419W-IT) have dimensions of 85x60x60, with a load of 9 and 10 kg.

Not a simple coffee