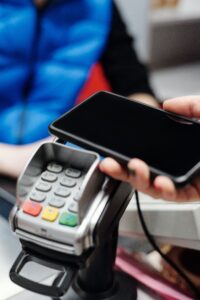 According to GfK data, the technical consumer goods sector saw a revenue growth of 17 percent to 726 billion US-dollars by October 2021, while unit sales increased by just 3 percent. The driving segment of the year was wearables, which increased its revenue by almost half compared to the same period of the previous year, with a growth of 44 percent.

«The increase in revenue for the year as a whole is due to the strong start – commented Jan Lorbach, GfK expert on technical consumer goods -. While the first few months of the year saw increased demand and thus immense growth, revenue steadily leveled off over the course of the year, hovering around 2020 levels and even below in some cases.»

«The decline in overall demand in the market for technical consumer goods during the year is primarily attributable to product groups with high household penetration, which at the same time have limited potential to grow further. Televisions, for example, recorded an 11 percent drop in sales compared with the same period of the previous year, from January to October. Despite weak demand, revenue in US-dollars for this product group remain at slightly positive levels, with televisions up by around 11 percent. This means that fewer pieces were purchased overall, but at a higher price point. On the one hand, this was due to price increases caused by supply chain interruptions and chip shortages, but also to the steadily growing trend toward premiumization. According to this, consumers were opting for larger, faster or better-equipped devices when making new purchases and are thus spending more money per purchase on average».