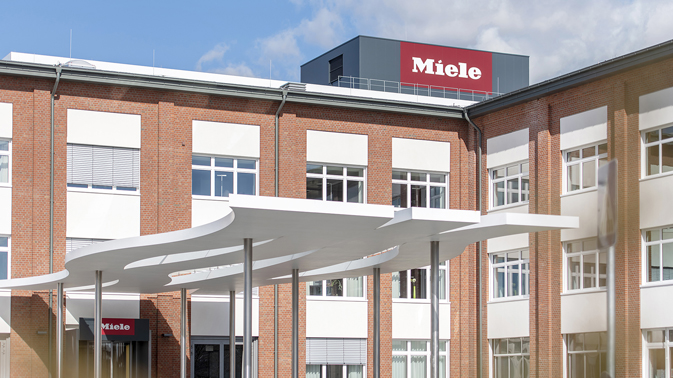 At the start of in-depth exploratory negotiations in Germany, Miele is demanding, together with almost 70 other well-known companies, an ambitious comprehensive cross-sector climate policy in line with the Paris Climate Accords. Internationally, Miele is supporting the “We Mean Business Coalition” for more government commitment to climate protection before the G20 summit will take place in Rome. ‘We Mean Business’ is a global coalition of non-profit organisations, founded in 2014, including the 2° Initiative, CDP Carbon Disclosure Project, WBCSD World Business Council for Sustainable Development or the UN Global Compact. Together with more than 600 international companies, it strives for effective climate protection.

In addition to the national initiative of the 2° Foundation, Miele also supports the international appeal of the “We Mean Business Coalition” before the G20 summit in Rome at the end of October. This appeal is directed at the heads of states and governments of the G20 countries and demands that they support the goals of the Paris Climate Accord more intensively. For example, the appeal calls on the governments of the G20 states to publish long-term strategies as soon as possible that describe the pathways from 2030 to 2050.

«Only if politics and the economy act together in the same way, do we have a chance to achieve the goals of the Paris Climate Accords – says Markus Miele, executive director and co-proprietor of the Miele Group -. The new German government will also be challenged here, because anyone who really wants to drive climate protection forward must not rely primarily on appeals for consumption renouncements, bans or financial burdens. Technology-open market incentives are also decisive – as well as the innovativeness, creativity, and determination of companies in close cooperation with science and research».