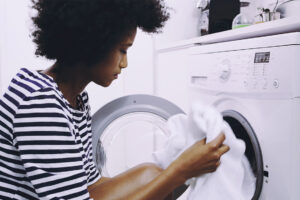 APPLiA Europe reported the results of the “2020 Consumer Survey on Washing Habits”, conducted by A.I.S.E (International Association for Soaps, Detergents and Maintenance Products)  and inSite Consulting. The survey involved 23 European countries, interviewed at the beginning of the year, before the Covid 19 emergency starting. The first interesting figure emerged is that from 2017 to 2020 the average washing temperature generally used for laundry washing by European consumers has remained stable at 42°C. The value has been constant for six years. If we consider the average temperature used in the different geographical areas, we can see that it is higher in the Nordic Countries, where washing is made with an average temperature of 46°C. In Wester Countries, instead, it drops to 44°C while in the Southern markets as well as in the United Kingdom and Ireland, the average washing temperature is further lower to 39°C. These data show that consumers have gotten used to reducing temperatures, according to the European policy of reducing energy consumption. Users choice, anyway, also demonstrate that washing at lower temperature allows to clean in an effective way thanks to the modern technology of washing machines. The survey also shows that 27% of the people interviewed also wash with a temperature of 30°C or lower.