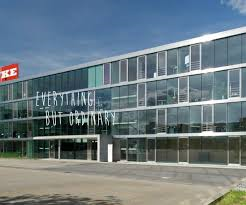 «We would like to thank Thomas Erb – says Michael Pieper, President/CEO Artemis Group -for his many years of very valuable work and his high commitment as Chairman of the Board of Directors of Artemis Holding AG and wish him all the best for the future. We wish Benoît Ludwig and Nina Pieper every success and look forward to continuing the good cooperation.»

Electrolux keeps its focus on Science Based Targets

AppliA Europe announced the targets reached by the European industry