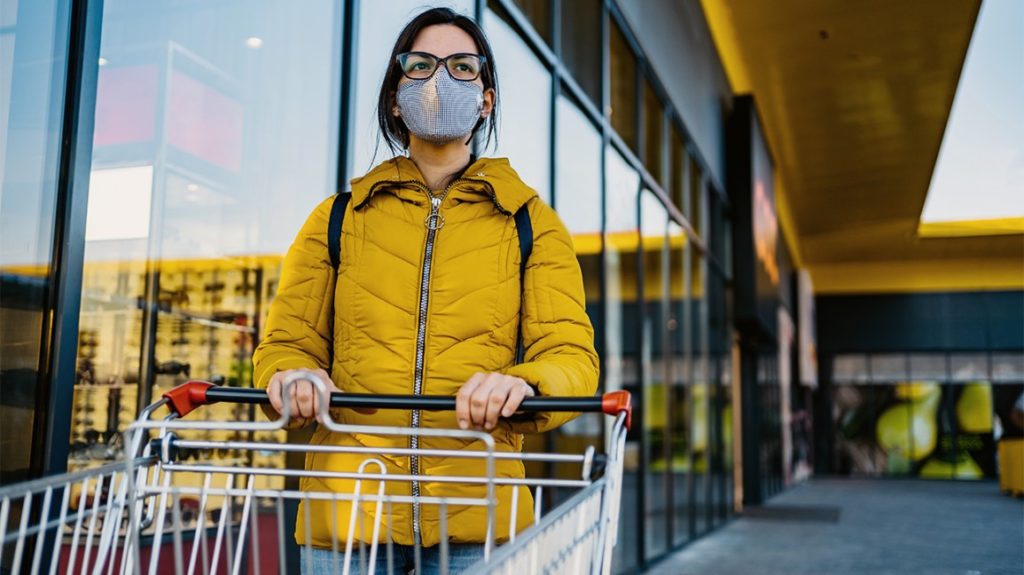 From March 9th to April 5th, GfK retail sales figures track how consumers have progressed through different stages of shifting demand – from the frenzy of stockpiling, during which refrigerators and freezers were purchased to the reality of working and schooling at home which leads to growing sales of IT hardware and equipment. More hours at home together than ever before triggers the demand for TVs and Gaming Consoles/PCs/Notebooks, satisfying the need for entertainment at home. But GfK also underlines that on-line sales cannot fully offset the significant losses in Europe’s big five markets – Great Britain, Germany, France, Spain and Italy.
Among the main data gathered, it is visible the growth of monitors (+120 percent), printers (+68 percent), notebooks (+62 percent) and keyboards (+61 percent) in five major European markets. Webcams have seen the largest sales growth peak at +297 percent.
Eating at home sent consumers into a stockpiling mindset and they rushed to buy freezers and refrigerators to store extra food. Between March 9th – April 5th, freezer sales in Great Britain grew +317 percent Year-on-Year. In Germany, these increased +185 percent and also France saw a growth of +44 percent.
«We’ve seen soaring sales for products that help people organize their life in terms of working, studying, consuming and entertaining. – Pavlin Lazarov, GfK expert for global market insights explains – As consumers move from reacting to the initial shock of lockdown to adapting to a life solely at home, their shopping patterns are revealing how they are coping with this extraordinary time. For retailers and manufacturers is essential to understand what purchases are preponed and what postponed in order to secure the relevant and essential assortment, and to prepare for the moment, when the “new normal” will become a reality.»
In addition to necessary devices to work and study at home, also appliances to experience an emotional entertainment has accelerated tech sales too. At the start of lockdown, sales of media sticks and boxes rose by +50 percent in some markets. In Great Britain, sales of TVs rose +31 percent between March 9th – April 5th as consumers added cheaper extra TVs to cope with different viewing habits.Gaming consoles also benefitted, with sales units up +259 percent in Great Britain, +139 percent in Germany, +132 percent in France, +108 percent in Spain and +65 percent in Italy in weeks 11 to 14. Gaming notebooks also profited from the play at home trend and achieved a robust double-digit growth during the same period, ranging between 33 percent (Italy) and 92 percent (Spain). In Germany, France and Spain the gaming notebooks outperformed the non-gaming one in terms of unit growth rates.
As already said, on-line sales grew almost +100 percent in week commencing 30th of March in Europe’s five biggest markets (Great Britain, Germany, France, Spain and Italy). However, even that huge leap couldn’t compensate for the losses in physical retail stores and the overall market still decreased by -14 percent. In fact, GfK’s analysis shows that sales made on-line would need to quadruple to offset complete store closures, and purchases are a long way off that figure. In Italy for example, e-commerce wins have compensated for only about 30 percent of the losses of traditional retailers.
And now: what should we expect for the future? Norbert Herzog, GfK expert for global market insights, believes there are three steps that consumers and markets will go during the COVID-19 crisis: «After panic, we entered the “Adapt” phase. This is about making the best of staying at home by treating ourselves and creating better home experiences; be it eating, entertainment or well-being. This is where we are now – broadly at least. Next will follow the stores’ reopening, consumers will release their pent-up demand for items they have held off buying such as large home appliances or smartphones. Finally, we’ll reach a “new normal” characterized by a difficult economic environment and tighter consumer budgets. Retailers and manufacturers will need to adapt to this. Finally, we expect digital services like click & collect, online ordering and digital payment systems to experience sustainable growth as people got used to the benefits of these solutions.»

Retail is moving towards a new phase

Sales of appliances grow in Korea due to coronavirus