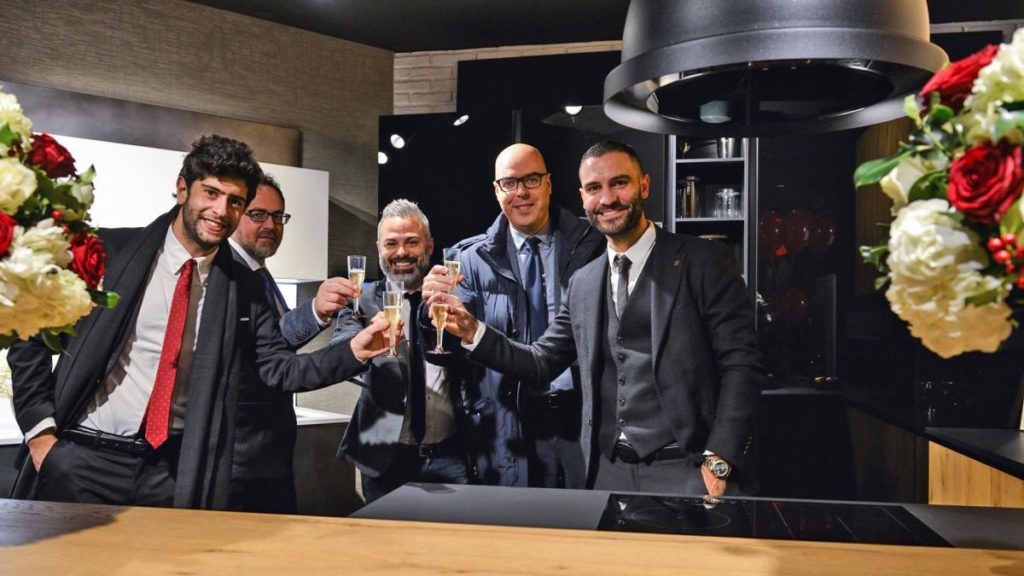 «And in the autumn – says Eugenio Giulianelli, export manager of Gruppo LUBE and the first on the right in the picture, which refers to the Paris inauguration – we are planning other important inaugurations all over the world, starting with Sofia in Bulgaria and Cluj in Romania, but most of all with the one in Moscow, Russia, where we will open a new wonderful mono-brand store in one of the most important streets of the city.»
Among the latest inaugurations, Gruppo Lube celebrated two important openings in Spain.
The first is the Lube Creo Store in Torrevieja Alicante, city of the autonomous Valencian community, which in its exhibition space dedicated to Cucine Lube presents to visitors two compositions of the Immagina Plus and Clover models, the latter made in the prestigious Mutina ceramic finish. In the Creo Kitchens corner, customers can instead admire a composition of the Tablet model including the living area.
The second store opened is a Creo Kitchens Store and is located in Olvera, Andalusia, just halfway between Seville and Malaga, where the Gruppo Lube boasts other important showrooms. On display there are some of the Creo kitchens modern best sellers, such as Tablets, Jey and Rewind.

Panoramagic by ILVE is winner of the Archiproducts Design Award