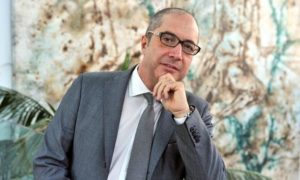 Elica, the Italian company of kitchen hoods, has appointed Mauro Sacchetto as new chief executive officer with immediate effect. The manager, born in Vercelli in 1959, physic graduate with an MBA from Stanford (USA), has gained extensive international experience in the US, Europe and Asia at leading multinational enterprises in sector such as the Motor Industries, Telecommunications, Electronics and Microelectronics and ICT. During his career, he has held the position of CEO in important companies, such as Marelli Motors, Datalogic and Bull Honeywell Compuprint. In addition, he also has been COO at Pirelli OTI, president and Chairman at Atena and Chairman of the Control Committee at Saipem. Mauro Sacchetto takes the position of Antonio Racinella, who has been chief executive officer at Elica since 2016. “The chairman Francesco Casoli and the board of directors – the official press release says – thanks Antonio Racinella for his steadfast commitment and for leading the company successful turnaround, growth and international expansion process”.