As every year, PwC has conducted the Annual Global CEO Survey, arrived to its 22nd edition. The results of this latest survey is very different from the previous one. Last year, in fact, PwC recorded a record-breaking CEO optimism. In this edition, instead, trade conflicts, political upset, and a projected slowdown in global economic growth have increased uncertainty and decreased confidence in revenue prospects. So pessimism has increased significantly, with nearly 30% of CEOs projecting a decline in global GDP growth, up from a mere 5% last year. CEOs also reported a noteworthy dip in confidence in their own organisations’ revenue prospects over the short (12-month) and medium (three-year) term. Across the survey rang a general theme of hunkering down as CEOs adapt to the strong nationalist and populist sentiment sweeping the globe. 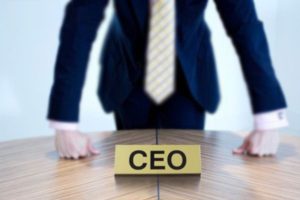 The threats they consider most pressing are less existential and more related to the ease of doing business in the markets where they operate. In addition to the fault lines developing geopolitically, CEOs are working to bridge the gaps in their own capabilities. Organisations are struggling to translate a deluge of data into better decision making. There is a shortage of skilled talent to clean, integrate, and extract value from big data and move beyond baby steps toward AI.
A relevant uncertainty is evident in the internationalization strategies, because of trade conflicts and complicate regularizations: according to PwC survey, CEO appear to be less certain about their expansion plans outside their home market. When asked to identify the most three attractive markets for investment outside their home territory, they often have no answer. In fact, 27% of the panel indicated USA, 24% China and 15% answered simple “I don’t know”. Germany and India follow with 13% and 8%.

Changes in the Electrolux management