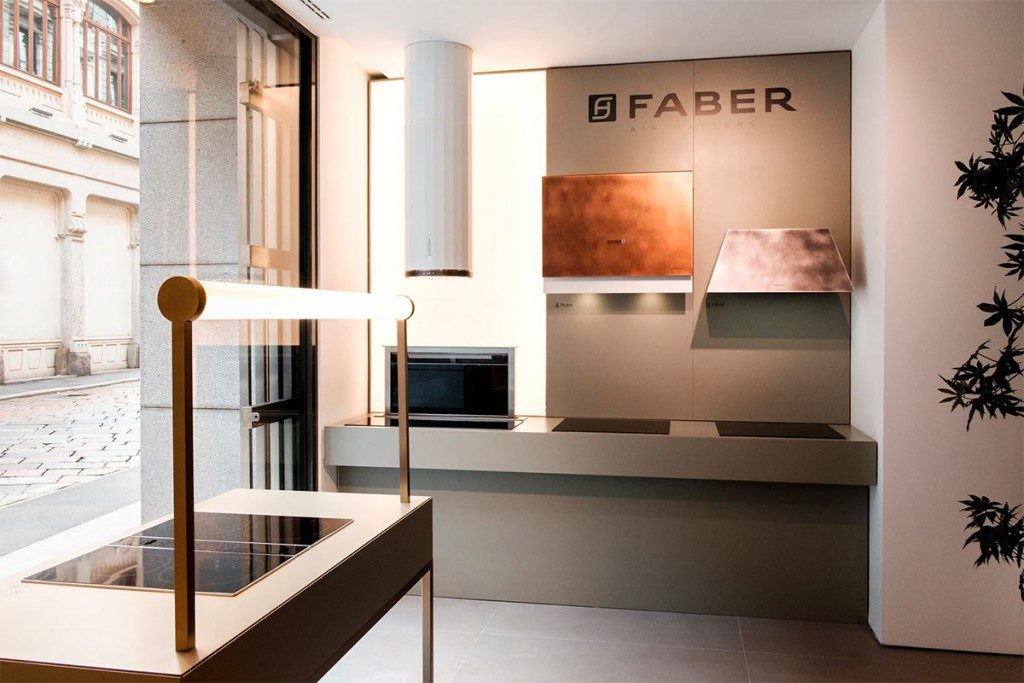 At the beginning of the Autumn Franke announced the introduction of an autonomous Faber division for hoods and cooking, under the leadership of Ettore Zoboli. With this operation Franke aims to expand Faber’s worldwide market leadership position as OEM producer and as the producer for the Faber and Franke brands. It is also part of a new strategy for the strengthening of Franke Group in the context of global competition. To be closer to the customers, the company has also opened a flagship store in the heart of Milan’s Brera Design District. The project, by architect and designer Carlo Colombo, has created a luminous interior dominated by welcoming, neutral tones and backgrounds. The showroom displays some of the most iconic creations of Faber, as Chloè chimney hood, the ultra-thin Talìka hood and Fabula Plus, a built-in hood that retracts discreetly into the hob cabinet when not needed and rises on command. In addition to the Faber hoods, the new Milan showroom also displays many Franke solutions: everything from sinks with KWC and Mamoli mixer taps to domestic appliances, worktops and professional coffee machines from the Coffee Systems division.