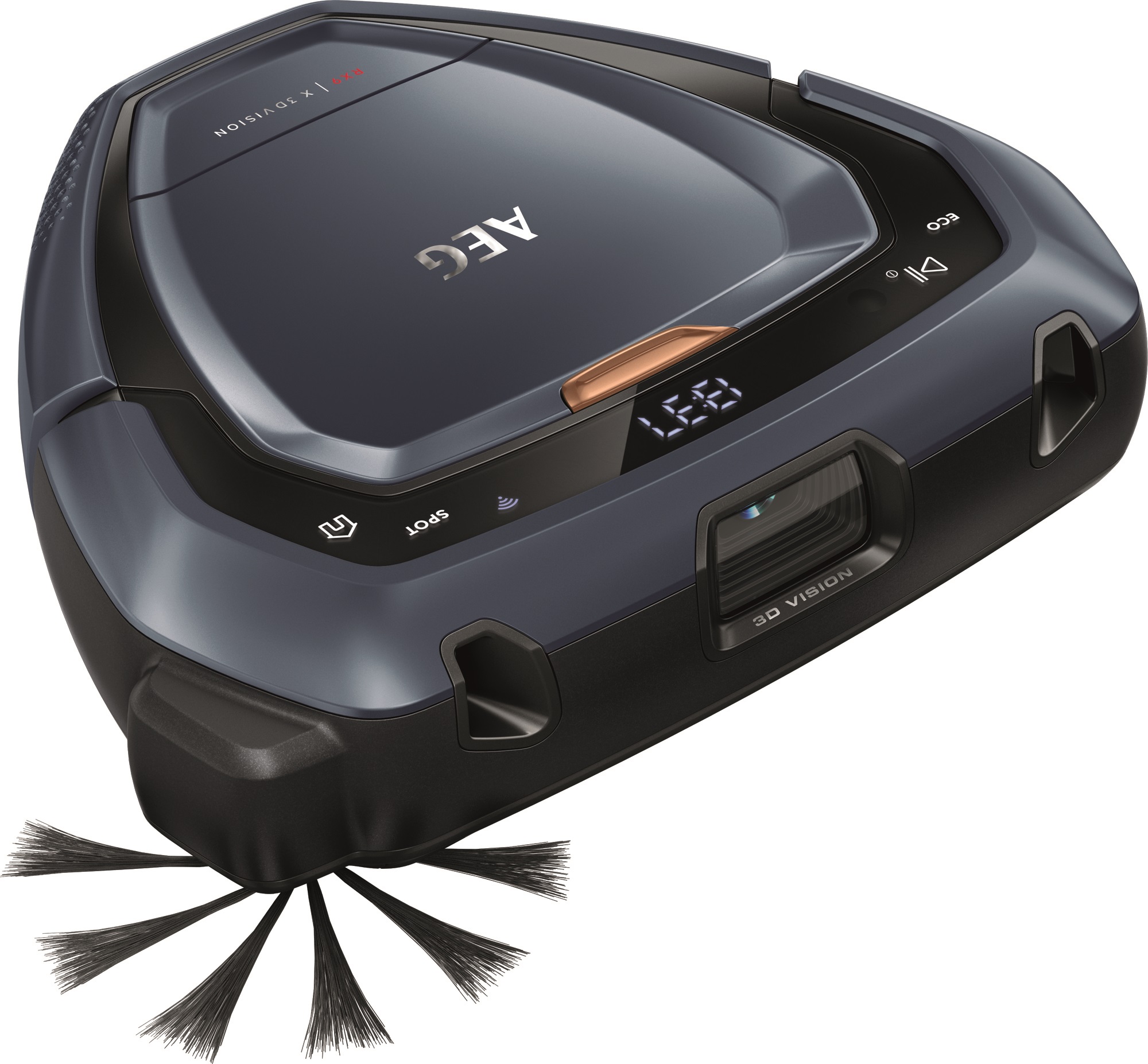 by Paul Roggema
After everybody was recovering from the news of the completely new microwave 3.0 from Miele (they don’t call it microwave but Dialog) it was Samsung who took the no. 2 spot of the innovation podium. Q-drive is a new washer with an extra movement: in the back of the drum there is a profiled disc which can rotate independently from the drum. Normally it rotates in the opposite direction, creating an extra movement dimension for the laundry. There is also an extra profile in the drum with V-shaped holes, about coin-sized. The extra disc produces a somewhat horizontal rotation and together with the normal, vertical movement and the holes the laundry is kinda compressed, for extra mechanical friction and cleaning effect, as well as faster water release. This allows for a cycle time reduction of about 30%. Independent test have confirmed this improvement. Samsung uses an extra motor and an inner and an outer axis. Quite typical was that the public was not allowed to take pictures, and they could not open the doors of the washers and dryers. The staff at the booths was given the difficult task of explaining why this was not allowed as IFA is a public fair where products are shown to the world. 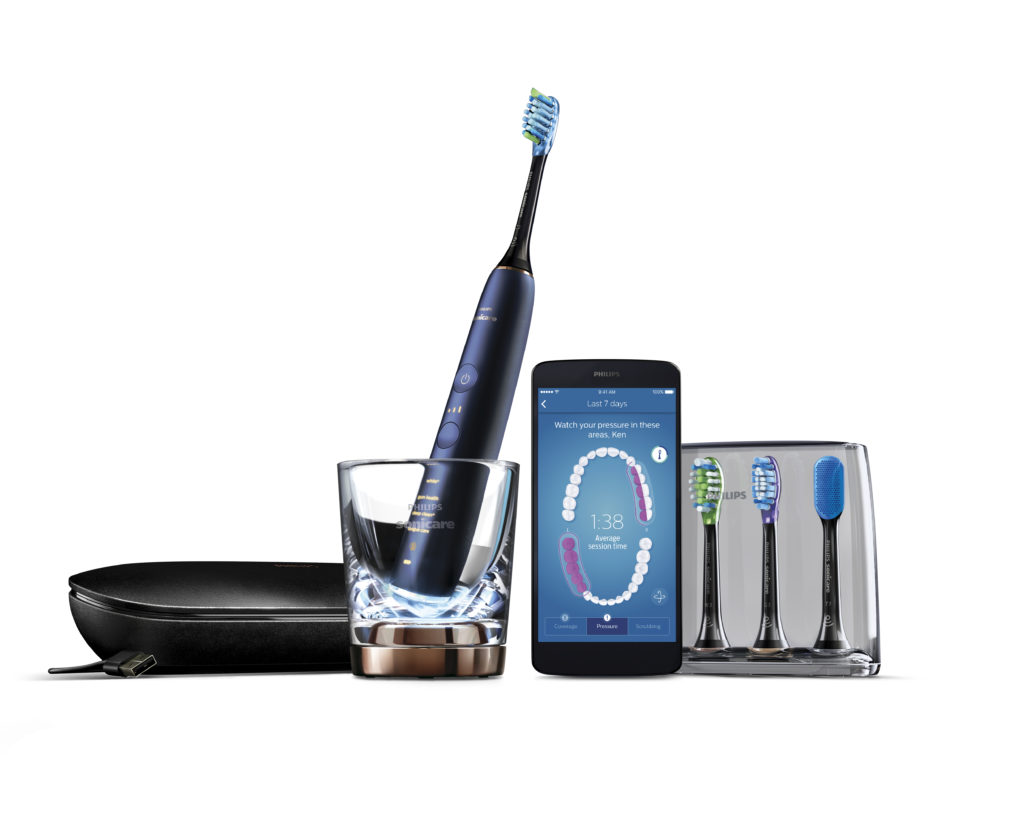 The young Samsung staff, although being very helpful, was not aware that this is not a new technique. Dyson once had a washer called Contrarotator, where a second, inner drum rotated against the main drum, and long ago there was the Hoover Keymatic where a second, fast-moving disc was mounted in the “normal” drum. This Keymatic is in the Londen Science Museum, and a favorite among washing machine collectioners (they do exist). They also did not know that a few minutes away Haier showed a similar prototype. This time the disc does not have a separate motor and only rotates slower and not in the reverse direction. The technical solution here is a planetary gearbox, just as the automatic transmission in your car might have.
But hey, it is nice innovation so we will not complain.
LG, where everybody was happy because their OLED TV panels are a huge success, showed the third version of their unique linear refrigeration compressor. Now, not only the speed but also the amplitude of the piston movement can be adjusted, allowing for a wider variation in compressor output. Their new cordless stick vacuum would have had the largest power on the market (140 Watt), had not Samsung just now introduced their new 150 Watt model. All manufacturers are very surprised by the enormous sales volumes of this category.
Both Bosch and Electrolux introduced all-new robot vacuums. And they were quite late. At Electrolux your correspondent was reminded of the fact that Electrolux invented this product about fifteen years ago, the Trilobite. Sadly, it was just to early, and US iRobot was the second manufacturer and they succeeded. iRobot designed it while working on robots for emergency assistance, such as searching for bombs and explosives. A minor reason for Electrolux to hesitate in this category clearly was their frustration on their earlier failure. This category also generates a lot of revenue, mostly because there are many people who really, really hate vacuuming. Newest feature is room selection: the device recognizes rooms and allows you to skip some rooms. And a triangular shape is popular, reaching into corners much better.


At Philips, new projects on remote health monitoring were announced; a clear demonstration of the strategy of the company to be leader in this market. As they are the only large health technology company (others are General Electric and Siemens) who have a consumer division, and thus know how to reach consumers directly. Example is the new portable respirator for sleep apnea patients: it is the most compact on the market. And it also demonstrates why Philips loves this market segment: it costs about $ 1000. Many of their health monitoring products are connected to the Health Suite software and use certified components and software, so doctors can trust the reporting. Even the toothbrush is connected; thanks to new sensors it can track your brushing performance quite accurately and the app reports on your “weak spots”. In lighting, their hugely succesfull Hue connected lighting will be linked with other devices such as game consoles to allow the lighting to react to the video. Until now, only their AmbiLight could do that, but only in a Philips television. Speculation was that you might be able to enjoy Ambilight on another TV brand. For your precious baby there is a bottle with integrated scale so you can track the amount of milk your baby drinks. The software tracks many other parameters and helps you to track your baby’s overall health, as well as sharing it with professionals. In TV’s, once their flagship product but now licensed to TPV, a new processor was introduced as well as OLED models, supplied of course by LG, as well as QLED panels, made by Samsung. Talking about flexibility.