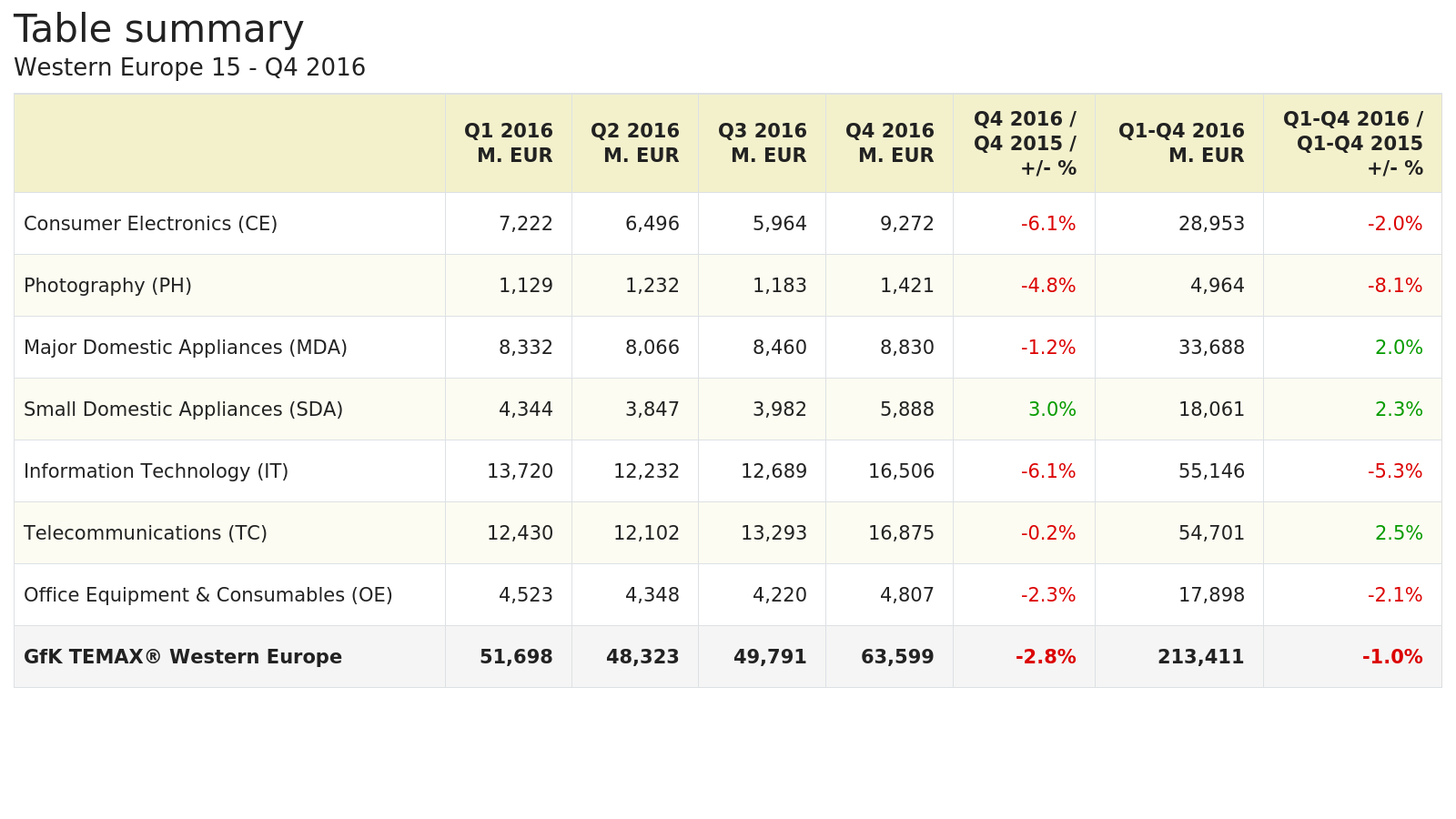 In the fourth quarter of 2016, the Western European technical consumer goods (TCG) market contracted by 2.8 percent, compared to the same quarter in 2015. The market was again affected by the GBP/Euro exchange rate. Major and small appliances, however, recorded some good results, although the Mda area closed the quarter with a value decrease of 1,2%.
Built-in appliances however, especially dishwashers and hobs with flexible induction, drove the markets and among the freestanding appliances, washing machines above 7 kg load capacity and heat pump tumble dryers also grew significantly.
Small domestic appliances were the only products which saw a positive trend in the last quarter of 2016, with an increase of 3%. The sector recorded an ongoing growth of rechargeable hand-stick vacuum cleaners, within the price tiers 150-200 euro, and a good performance for electrical heating appliances like thermal transmitters, fan heaters and radiators. A good trend was also seen for hair care products like pistol grip hair dryers and heated brush straighteners. All other sectors declined in value ranging from -0.2% to -6.1%. The TCG market in Western Europe generated a revenue of 63.6 billion euro in Q4 2016 and 213.4 billion euro in 2016.