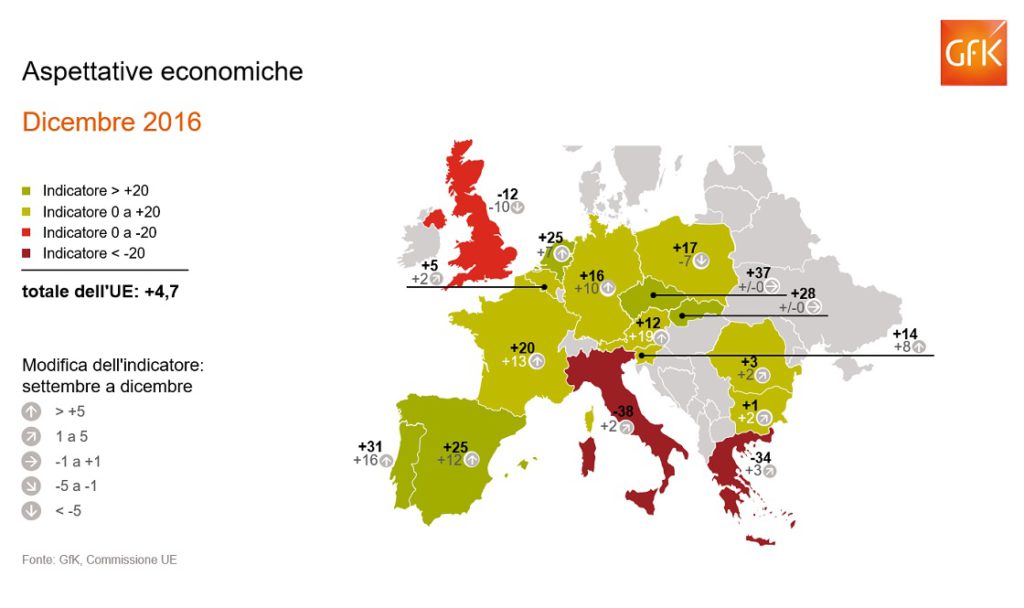 It is a good phase for the European consumers confidence that, according to GfK, last December recorded an increase of the index from a 5.6 to 17.9, the highest value since January 2008. Although the negative events occurred in the world (the war in Syria, the terroristic attacks in Europe, the US presidential elections), people did not lose their good expectations. In fact, political developments and the adverse events of recent months do not seem to have dented the confidence of European citizens. Overall, in fact, in the last four months of 2016 the consumer confidence index detected by GfK for 28 EU countries recorded a significant growth. This also mean that Europeans are increasingly selective with respect to the issues that can affect their everyday life. In most of the countries, in fact, the indicators relating to economic and income expectations and the propensity to buy remained unchanged. The data on economic growth of individual countries, however, show a rather uneven landscape.