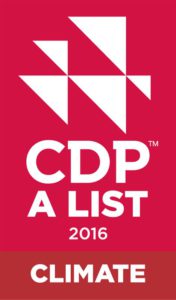 CDC, Carbon Disclosure Project, international not-for-profit, identified Electrolux as a global leader in responding to climate change. The company is among a group of companies worldwide that have been awarded a position on the CDP’s Climate A List for 2016, unveiling a new target to grow the share of renewable energy used in its operations to 50% by 2020. According to the Group, two key factors in reaching this goal are improving the energy efficiency of appliances, as usage represents around 80% of the climate impact, and efficiency improvements in operations, which already save Electrolux some 400 million SEK annually. This year Electrolux signed an agreement to only use renewable electricity in its European manufacturing of major appliances, and is moving forward with setting new goals for the rest of the world. CDP runs a global disclosure system for investors, companies, cities, states and regions to manage their environmental impacts. Thousands of companies submit annual climate disclosures to CDP for independent assessment against its scoring methodology. Electrolux is among 9% of participating corporations to be recognized for its actions to reduce emissions and mitigate climate change in the past reporting year.