They save energy and water, avoid the unnecessary use of polluting detergents and favor little daily ecological actions. New household appliances take care of the environment too 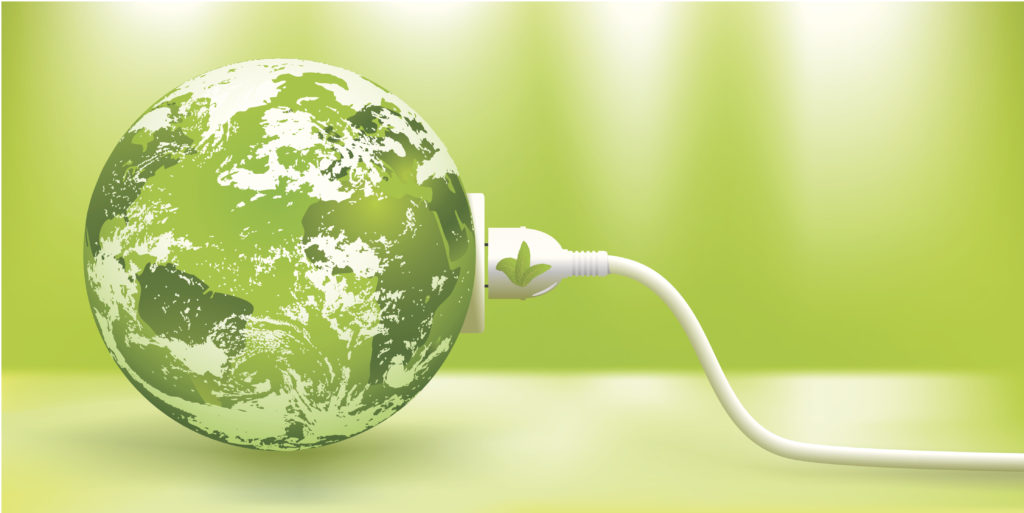 Respect for the environment begins at home, every day.
Many daily actions can, in fact, give their contribution to reduce pollution and waste. Various tasks that we routinely make can be performed with a simple useful shrewdness to use less water (or reuse it more times), less electricity and to limit the use of polluting detergents.
For this purpose, also many new generation appliances are designed to automatically reduce energy consumption and environmental impact in several respects. The European Commission itself wanted it, developing a big plan for sustainable growth that also includes the obligation for producers to technological renew the household appliances to maximize their ecological potential from their engineering to the final disposal.

Not only energy saving
Industry made a decisive work of research and renewal to make available environmentally friendly household appliances.
The choice of the most efficient products is now in the hands of consumers, who in some countries can also benefit of incentives and Ecobonus disbursed by the Government to those who decide to renovate a property by acquiring eco-friendly appliances.
In addition, to help consumers to choose the most environmentally friendly and efficient appliances, stores are obliged by law to exhibit the EU energy label on each product, a precious tool not only to learn the consumption level of the device, but also to know its performance and compare it with that of similar products.
So the choice becomes conscious since the purchase moment. But much can be done even after, with the careful use of any device that, through small usual shrewdness, can further reduce the environmental impact and waste.
Regardless of the energy savings which, do not forget it, also impacts on household management costs, we must underline the ecological potential of household appliances in other areas, such as the saving and reuse of water or the reduction of polluting detergents. 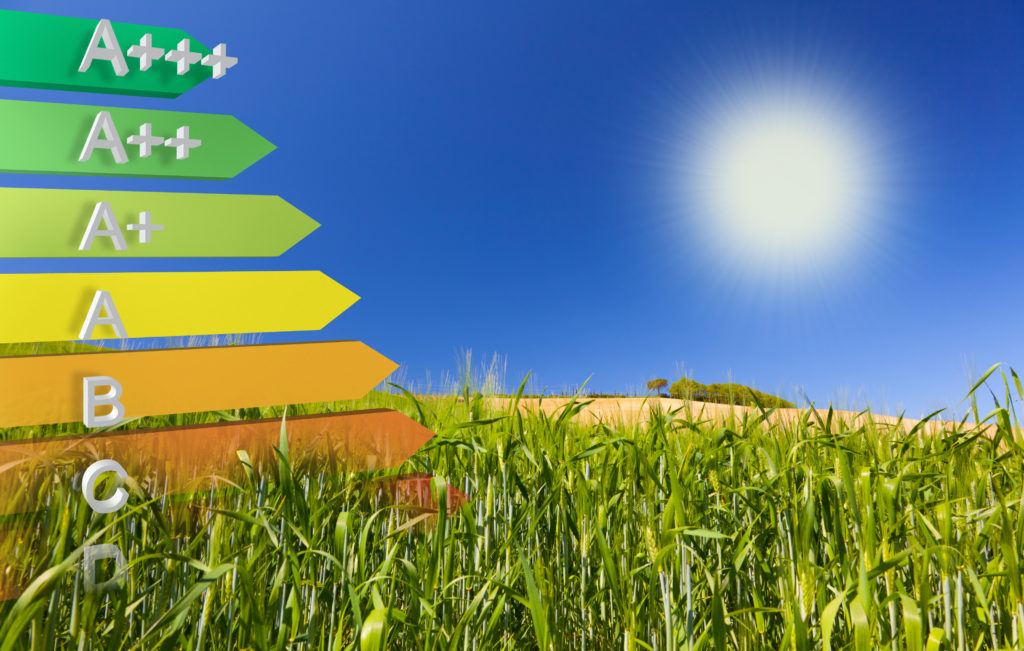 From the label a rich source of information
The energy label is the identity card of new appliances. Since 1995 labeling has been standardized for all European Community and in the following two decades it has been extended to devices for which before there was no obligation to apply it.
But even more important to stress are the eco-design criteria imposed by the Union for the production of household appliances recently introduced on the market. They are ecological requirements, imposed by law, that manufacturers must ensure, while maintaining high standards of functionality, performance and low noise.
Since 2012 European Union banned the placing on the market of appliances using a great amount of energy as well as polluting equipment, thus making disappear the old models in lower energy classes (those that appear on the labels associated with long red arrows).
The renewal of the old appliances with green products is therefore an European and global mission, which involves all the sector operators, from producers to distributors to the responsible organization for disposal and recycling of old appliances.
So consumer has all the tools to undertake a path of respect for the environment, with the choice of efficient equipment, their wise use and proper disposal of the old ones.

Less consumption and less food waste for refrigerators
Among the first appliances redesigned in green version there is with no doubt the refrigerator.
This device, in fact, not only has an important role in reducing the consumption of electricity and cut costs in the bill, but it also has a vital role in preserving food and prolong its life, thus limiting its waste. Greater care is also guaranteed in the disposal of this appliance, which requires a particular treatment in the recycling to avoid the spread of dangerous gas and pollutants into the environment. It is therefore essential to dispose refrigerators in the special ecological islands or use the free pickup service offered by specialized shops.
From 2012 it is no longer possible to put on the market refrigerators in an energy class lower than A+. The products in A+++ class the highest, reach a 60% higher efficiency than the models in A class. This is made possible thanks to many innovations that range from the use of insulating materials to the adoption of sensors that detect the temperature variations, adjusting it properly, if necessary. It is also interesting to see how the redesign of the internal spaces and the cold distribution are specifically studied to better preserve any kind of food, prolonging its life and freshness, thanks to the reduction of bacterial proliferation.
Also drawers, spaces and separators are not arranged randomly but according to a logic that allows the user to take food and drink easily, limiting the door opening time which would cause a change of temperature and a waste of energy to restore it.

Washing preserving water
In addition to energy, an environmental resource not to be wasted and polluted is obviously water. For several years consumers have wondered how much water is consumed for a manual washing compared with one made with a washing machine or a dishwasher.
Well, some time ago it was demonstrated that, washing by hand user often wastes much more water and detergent than a home appliance.
But the latest generation of appliances for washing does much more because equipped with technologies able of activating different devices to reduce the consumption of water and, even, for reuse it, purified, more than one time.
Washing machines and dishwashers are able to accurately assess the quality and amount of dirt, by adjusting accordingly, and only according to actual needs, the quantity and temperature of water, as well as the consumption of detergents. In this way there is no risk of making a half load using the water required by a full load.
Moreover, the used water, in the most advanced models, is purified, retained and reused for the pre-washing of the next cycle.
Some washing machines are even able to collect the last rinse water in a separate pan, making it reusable for other domestic tasks.
Structural innovations are then also introduced to reduce the number of cycles.
Recently a washing machine with two drums has been presented, which allows to make a double laundry simultaneously, avoiding making a half load cycle, for example, to separate white cloths from colored ones.
Another new generation model has a door in the door that allows user to add, even if washing is started, any forgotten cloth.
From 1 December 2011 energy efficiency and washing performance A classes are the minimum for washing machines with a load capacity greater than 3kg and for dishwashers machines with standard dimensions.
Another great achievement in the washing was the lowering of temperatures: the cleaning effectiveness is in fact now guaranteed even with moderate temperatures, such as 30 °C or 40 °C.
In this way and thanks to the special ecological cycles, washing machines and dishwashers do not need to consume large amounts of energy to heat water to 60 °C and more, as it happened in the past.
A dishwasher or a washing machine in A+++ class is 30% more efficient than the same appliances in A class. This is possible thanks to innovations such as the use of Inverter engine, which regulates voltage, frequency and intensity of the electricity, ensuring a high performance with any speed and according to actual needs.
And to reduce costs in the bill, most of the dishwashers and washing machines feature the Delayed Start, allowing to delay the wash cycle at the times corresponding to the reduced rates.

Reduced impact even in the kitchen
Heating and generating heat, as well known, require a lot of energy. For that reason several technological improvements were developed recently to reduce the consumption of ovens, cookers, hoods and other appliances such as coffee makers and microwave ovens.
Last year the energy label of ovens was renewed, raised to the A+++ class, achieved with innovative solutions to reduce the loss of heat and to improve the thermal insulation.
Among the available hobs on the market every user must evaluate, according to his habits, the pros and cons of a gas model compared with an induction one.
Gas hobs are cheaper but disperse part of the heat generated by the flame in the areas around the pot. So they have a lower yield than induction, requiring even longer cooking times.
The induction models, however, of course uses most energy, but cook in a very limited time and have a very high performance, transmitting heat directly to the pot.
A special consideration must be done for kitchen hoods, also redesigned in accordance with the eco-design standards set by the European Commission, which introduced the energy label for this appliance last year, scheduling some adjustment phases of products to the new ecological requirements. So by 2021 even hoods will reach the A+++ class.

More and more green cleaning
Even vacuum cleaners and irons are equipped with ecological functions and designed to reduce the energy consumption in the house. Until 2017 vacuum cleaner in A +++ class will be available (currently the maximum class is A), and will be able to give a significant reduction to consumptions.
We must underline that reduction of energy and power do not determine a lower suction performance that anyway is shown on the label.
It should also be reiterated, speaking about cleaning, the steam value, a precious resource that disinfects, cleans and removes grease, avoiding the user to make use of aggressive and polluting detergents.