Asia is confirmed as one of the most promising markets in the Planet, also as regards consumer electronics and home appliances. For this reason, after CES Asia, a new event opens the doors in Shenzhen, organized by IFA Berlin team 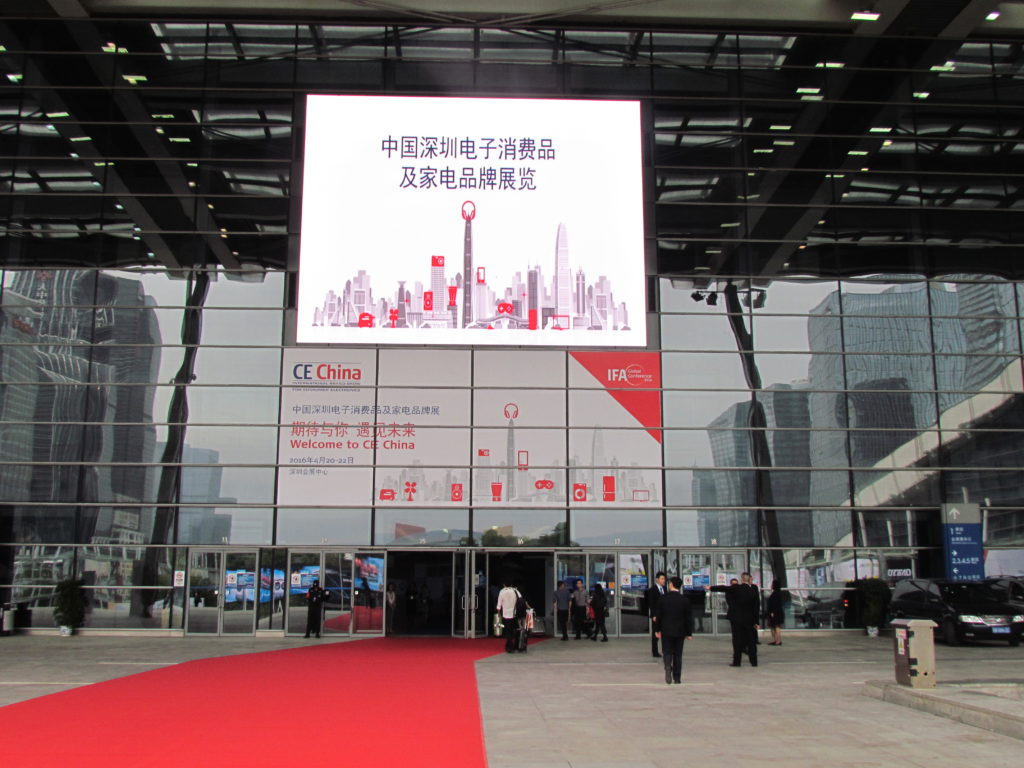 For many people Asia represents the future of consumptions. Its population continues to grow, its cities are visibly increasing, and with them more and more citizens can count on a higher income, becoming part of that middle class of which it has been said so much. Into practice, in Asia the middle class, that is a consumer group to which it is allowed to make discretionary purchases, having already solved the so-called basic needs, has now surpassed the Western equivalent. Today the middle class represents 24% (1.8 billion) of the global population and in 2030, according to estimates, it will rise to 54%, thanks just to the exponential growth in the East.
So, it is normal that technology companies look at those markets as a gold mine, and in the same way it is strategic that the main fair events in the Planet try to put their flag in China where, according to estimates and intentions of the Beijing leadership, within a decade the middle-class exponents should rise to seven hundred million.
So, after the 2015 debut of CES Asia, in Shenzhen – the heart of the electronics industry of the country – another technology fair arrives, organized by the same team of Messe Berlin which annually organizes IFA in Berlin.
But this is not IFA China, as it would be intuitive to think, but CE China (Consumer Electronics), name chosen by the organizers to indicate the new event that Messe Berlin hopes to make grow over time.

A first step towards Asia
The first edition of the event, staged in Shenzhen from 20 to 22 April, was attended by about 150 exhibitors among which the strong presence of German brands stood out, including BSH Group, which took the opportunity to show many products, from oven to refrigerators, passing through small appliances and washing appliances.
At the exhibition Siemens, Jura, Kärcher, D-Link, Medisana were also present, as well as the distribution giants Amazon, Alibaba, Expert and Euronics, together with regional electronics retailers such as Suning and Gome, and numerous other brands unknown to the European market.
Much smaller numbers and significantly reduced space compared to the Berlin standards. It was, after all, a first attempt that they must make grow over time, even considering that for 2017 new entries and an increase in the exhibition space have already expected.
Moreover, it is not easy to operate in the Chinese market and bring together East and West, at the moment still distant worlds that these events will be able to bring nearer, to facilitate the contact between producers and local distributors and to make Chinese people and, more generally, Asians discover many brands and products we already well know.
«To exhibit in China is less expensive than travelling halfway around the world to get in touch with distributors operating in the East – said Christian Goke, chief executive officer of Messe Berlin – To organize meetings with Chinese retailers takes time and huge investments and it is the same for Chinese sellers who try to bring their products in Western markets. An event like CE China brings everybody together in the same place, becoming a strategic meeting point. So I hope that many other brands will decide to participate in the next editions of the event.»

The key word is still “smart”
No matter whether we are speaking of household appliances, televisions or mobile phones, the word ‘smart’ is still present and constantly repeated with all the successful products of the technologies market. It is not out of fashion as confirmed by GfK experts who, during CE China, – held in parallel with IFA Global Press Conference – presented numerous data on consumer electronics and appliances to journalists and experts from all over the world.
Regarding home appliances the trend of the year is smart home and Chinese consumers resulted to be among the most interested in this new technology (75%), followed by Brazilians (57%), South Koreans (55%) and by consumers from USA( 51%). China is in the lead also with regard to the adoption of connected appliances, followed by Australia and South Korea. Europe follows slowly, also because of people perplexity related in particular to the protection of privacy, costs and difficulty of use.

Jürgen Boyny, global director consumer electronics of GfK Retail and Technology, clearly explained how developments in all markets are linked to the continuous increase of connected devices: «Assuming a continuous growth by 7% in the demand of smartphones, it is possible to anticipate how the demand for video and audio devices will increase, as well as major and small domestic appliances connected to one another directly or through the Internet. Consumer is looking for connectivity for new and innovative applications, such as smart homes, health and fitness monitoring or mobile payments. They have just begun discovering the Internet of Things.»
Manufacturers of White Goods, regardless of the smart home, can be satisfied: in 2015 the global market grew by about 2% over the previous year, with good results in Europe offset by slower growth in China.
Small domestic appliances also recorded positive results, every second in the world 50 of these products are sold for a total market estimated at 70 billion dollar.
In 2015 sales range between -2% and +9% over the previous year, but in 2016 a growth between 2 and 6% is expected. The hottest categories in the world result to be handstick vacuum cleaners (+ 115% in UK, +107% in Germany), robotic vacuum cleaners (+58% in China), products for skin care (+18% in China) and blenders (+83% in UK, + 66% in China). In Italy too this market has started to grow again between 5% and 10%.
The word ‘smart’ is accosted then to the new smartwatches, now globally present. To date 18.7 million of them have been sold, which will become 38.1 in 2016 and 74.6 in 2017.
Still very small numbers when compared to those of another category of smart products for excellence: smartphones, now with 1.4 billion devices sold each year.
Finally, even the most historical category of consumer electronics market, does not miss to participate to this trend: now 47% of the televisions is connected to the Internet and also more than 38% of other devices, such as console or TV-sets, has a web access. Jürgen Boyny, global director for consumer electronics of GfK stresses that «Internet will be the new TV ” because today only 45% of people between 18 and 34 years watch traditional TV programs and only 49% uses TV for watching videos. The increase of those who look at movies on Youtube is the thermometer of this situation: it will reach one billion a day by 2017, and the average consumption of Internet will rise by 18%.
We only have to wait for the Berlin trade fair to see how companies will manage to intercept these trends with their new proposals.
«The innovations have been at the center of the scene at IFA in Berlin for more than 90 years – underlined Hans-Joachim Kamp, president of the Supervisory Board at GFU Consumer & Home Electronics GmbH – 2016 edition will be no exception and will succeed in give a new boost to markets.»

Product from the Fair
In addition to Siemens and Bosch, the debut event was attended by about 150 exhibitors, among which we could see mainly Chinese companies that exhibited small appliances and other gadgets, including many quirks that we will never see in the European markets. Here are some of our favorite ones.