There are all the right figures and conditions for a rebirth of the European industry of home appliances. But now we need to raise the users’ awareness and urge the lawmakers to promote a system that understands that “sustainability starts at home” 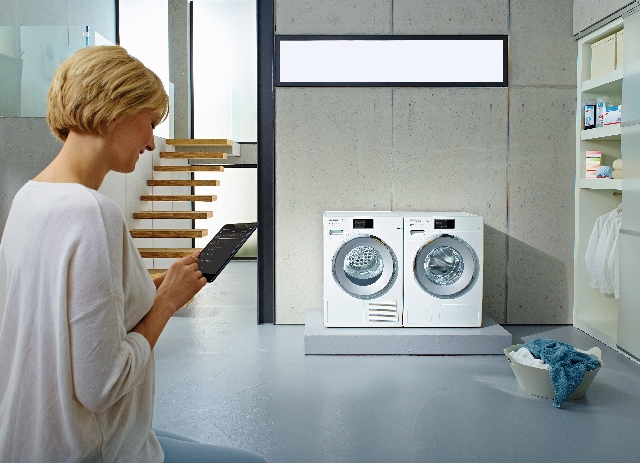 “#Sustainability starts at home” is the message that Ceced Europe is spreading with any available tool among all stakeholders involved with different roles in the construction, sale or use of household appliances. But also among the institutions involved in the issuance of legislations and regulations governing energy itself. A big work, as Paolo Falcioni, general manager of Ceced Europe, states: « because manufacturers have made highly efficient appliances available but they are not the only ones who have the duty of reducing the environmental impact resulting from the use of new electronic devices. We must raise awareness among consumers in the proper use of appliances and make everybody understand, at a global level, the role that these products may have on the energy policy implemented by the European Union.»
From the participation at the last edition of the Sustainable Innovation Forum to the many intermediary activities with the EU Commission, up to the ‘fight’ for the market surveillance, Paolo Falcioni tells to Home Appliance World what Ceced has done during the recent months and the next initiatives that the European Association of household appliance is going to face to support the relaunch of the sector.

What can you tell about your participation at the last edition of the Sustainable Innovation Forum?
We took part at this event, held as part of Cop21 last December, with our stand representing the European household appliances manufacturers. During this occasion, we have underlined the message that is on the basis of our vision Home Appliance 2025: “#sustainability starts at home”. It is essential, in fact, to emphasize the active role that consumers can play in saving energy and all other environmental resources. The industry made, and continues to make, advanced tools available for all users to minimize the environmental impact, but the use that people make of them makes a real difference. Simple actions, such as often opening the refrigerator door or the oven, to give a concrete example, increase the consumption of energy that can be saved, instead, with small precautions.

So, evolved appliances by themselves are not enough to achieve maximum savings?
Sustainability does not depend on one only actor, but on different responsibilities shared among manufacturers, users, distributors and lawmakers. For our part, as Association of European manufacturers of household appliances, we try to involve all the representatives of the industry making them have a constant dialogue, and to urge the European Union to undertake the necessary actions to improve the sustainable management of resources which begins at home. All these factors, moreover, are also useful to support the industry recovery, that at European level, plays a very important role.

Would you like to remind some figures?
The home appliances market requires great attention by the lawmakers today and should be supported, because it is a market deeply rooted in Europe, which contributes to the Union’s GDP with about 54 billion euro, generating taxes for about 14 billion euro for the member states. It is also a sector that totally self-financing its research and development activities, with investments in innovation of approximately 1.5 billion euro per year to provide consumers with more and more efficient and effective products.

Which challenges is the home appliances industry facing at the present moment?
Today, as I said before, the biggest challenge is to increase the overall sustainability, making everyone understand that sustainability starts at home, because the products we use are becoming more efficient but the use we make of them becomes even more important in reducing consumptions, but also costs. In this regard, we are also working with legislators to promote an intelligent and advantageous use of energy, which results in a real cutting of the bill and makes the appliance the designed instrument to achieve a real saving of electricity and money.

Connected products for the smart home, another of the focal points of your vision, are becoming a reality. How are the works going in this direction?
Very well, I would say. Manufacturers are working to offer real eco-systems of new generation and are adopting open standards to make products more and more interactive. Home automation applications are increasingly common, in fact, and standardization is an essential prerequisite to make the use of them more and more extensive and free. Operators are fully aware and agree in adopting open source to allow the use of more and more efficient and smart functions.

Another one of your most important “battles” concerns the market surveillance. Are there news at this regard?
As we have often reiterated, the market surveillance is a complex issue because of the great differences that still exist among the countries, that are not enabled to make direct controls on their markets. Control at European level, in our opinion, leads to a dispersion of resources. Each EU Member State should however be put in a position to have resources and means to take products from their market, test them and do all the necessary checks.

So national laws are still very dissimilar among them?
Yes, and this is another of the issues that we often repeat: the regulatory differences among the States make it difficult to reach common goals. Just look at the inequalities that still exist in the collection of Weee: we can see countries where Weee management is practically a monopoly and others in which there is a kind of free market, up to paradoxical cases, such as Romania, where the responsibility for disposal is totally of the manufacturers which, however, are completely deprived of the opportunity to arrange for disposal. It is clear that under these conditions a common policy is too difficult to carry on.

How was the trend of the European appliance industry in 2015?
We have not yet consolidated figures but we know that for many nations it was a positive year. Other markets, such as Russia, as is well known were penalized by internal problems or currency devaluations, which have inevitably affected the production and sale of household appliances. Among the best performers, Turkey was certainly one of the most dynamic markets.