Italian home appliances industry has always been one of the most important in the world and many Italian brands of the sector are very popular in Europe and in the other Continents. So, made-in-Italy export is growing in several geographical areas. 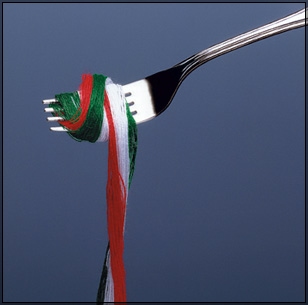 The Italian industry of household appliances has always stood out for quality, innovation and excellence. Its reputation has quickly reached the rest of Europe and of the world, conquered by the efficiency, technologies and design of the made-in-Italy equipment. Many Italian brands have become famous all over the world and the industry has always had and continues to have a large attitude for foreign trade.
As shown in the data published by Anie, the Italian Federation of electrotechnical and electronic companies, appliances exports from Italy totalized about 9.5 billion euro in 2012, an increase of 1,1% compared to the previous year. The top five countries of destination of Italian devices are concentrated in Europe. They are: Germany, with a share of 13.9%, France (13.8%), UK (7.6%), Russia ( 4.8%) and Spain (4.5%). These five countries together account for 44.6% of made-in-Italy home appliances exports.
At continental level, 27 European member countries absorb 64.4% of Italian products and the other European countries have a 11.6% share.
Asia, instead, received 10.4% of Italian appliances, of which: 6.6% goes to the Middle East; 0.4% to Central Asia and 3.4% to the Far East.
America and Africa both absorb a share of 5% and Australia of 3.5%.


An high added value export
Export volumes are not enough by themselves to ‘measure’ the actual competitiveness of a sector or a country. It is essential to assess the quality and variety of the exported goods. In order to produce a different range of products, in fact, any industry must be equipped with a great kow-how, a wide range of sophisticated technical and organizational skills. The Economic Complexity Index (ECI) is used to assess all these elements. It considers not only which goods a country is able to export but also how many other countries may export those same products and how many are not able to produce them. Italy has reached a very good level of Economic Complexity and its ECI is still relatively high and is located on the middle level of the most advanced countries, after Japan, Germany, Czech republic, United Kingdom, France, United States and Corea. After Italy, we can find many other nations, as Mexico, Poland, Spain, China, Canada, Russia, Brazil and India.
The long history of the Italian household appliances industry has allowed made-in-Italy operators to build and consolidate a high level of know-how, which has allowed to manufacture more and more advanced and sophisticated appliances. The partnership between talents of the industry, the technological sectors and designers has enriched and improved several kind of devices, paying the utmost attention to environmental sustainability. In the last two decades, in fact, manufacturers have worked very hardly to improve the energy efficiency of appliances, reaching higher and higher results. So, currently, the diffusion of low-consumption devices in Italy is very high.

Italian brands all over the world 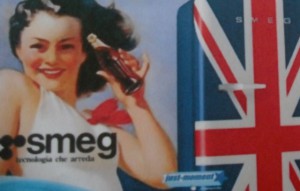 Important Italian entrepreneurs, often with their families, led by the Fifties onwards, the fame of the made-in-Italy appliances all over the world.
Giovanni Borghi with Ignis, Lino Zanussi, the Fumagalli family with Candy, Merloni with Indesit and Ariston, Faber by Abraham Galassi, Smeg by Vittorio Bertazzoni, Elica by Ermanno Casoli and De’Longhi are only some examples of names, that has become famous for the quality of their products internationally recognized. Each of these companies has built up year after year a large international network. Their strategies have always been focused on internationalization.
In 1980 Candy acquired the Uk brand Kelvinator and its factory at Bromborough in England. In 1985 the company took over Zerowatt and Gasfire and in 1987 Rosières. In 1992 it acquired also the Spanish Mayc, a company of top loading washing machine marketed under the brand Otsein and in 1995 it took over Hoover. In 2005 it occurred the acquisition of Russian society Vesta.
Russia is one of the most important market for Indesit too. The acquisition of Stinol was a very important step for the company international development and allowed it to be closer to the Eastern consumers. It is in fact the Russian leader producer of home appliances. For the management of foreign markets Faber founded Flaminia SpA in 1973, in 1990 it acquired the Spanish company Mepamsa and the Argentina’s Industrias Spar San Luis. In the same year Flaminia Aspirator was born in Turkey. In 1996 Faber Flaminia Nanijing was founded in China and Heatkraft in India. Another very famous Italian hood brand is Elica, which already in 1972 presented its models in Paris. In 2000 Elica acquired 20% of Airforce and 60% of JetAir. 2002 was the year of the joint-venture with the Japanese Fuji. In 2005 Elica signed a partnership with the U.S. distributor Zephyr and in 2008 it acquired the German company Gutmann

Panasonic expands its business in Thailand