Household appliances producers have told the evolution of the Italian culture with their advertisements, showing the social and technological changes occurred during almost a century. 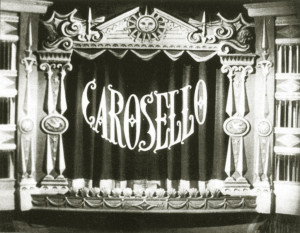 For over sixty years, images and slogans have told the household appliance sector, remaining in the memory of the people. Along with the lifestyles of the Italians, even the commercials dedicated to the household appliances have evolved over the years, taking the opportunities offered by the new media. Let’s follow the main stages of this transformation. “In the first advertisements on the magazines, dedicated to refrigerators and washing machines – says Daniele Pitteri, an expert in communication, advertising, cultural industry and professor at the Federico II University of Naples, the IULM school of Milan and in various master – women begin to be represented in different way: dressed with care, coiffed and with makeup, with an aspirational style of communication because the major domestic appliances are mainly purchased by the upper-middle class”. In 1954, for example, one of the first advertisement for FIAT illustrates a refrigerator and an automatic washing machine, with scenes of family life that refer to the modern home: next to the refrigerator we see an elegant lady, dressed to go out; under this image, we see another lady with two children next to the washing machine. “These are images that convey the idea that anyone can be transformed into a middle-class lady”, Pitteri says. Another theme is the progressive liberation from the housework, the conquest of the spare time and, ultimately, the emancipation of the female role. Let’s think of the advertisements presenting the theme of the gratitude toward the home appliances in the Fifties and Sixties, such as the famous

slogan “Thank you Candy!”, created in 1962. With the advent of the TV and Carosello (first Italian TV program dedicated to the advertisements), born in 1957, the communication relative to the household appliances changes once more. Children become an element to engage the mothers, levering on the strong sense of tenderness that Italians have against them. Carosello proposed advertisements that entertained the kids and made them faithful, making adults more amenable to purchase that particular product. “That’s the reason why the cartoons were used so much”, Pitteri says. Another change of scenery takes place in the Seventies, especially in the end of the decade, when Carosello stops being transmitted. “In those years – Pitteri continues – the commercials begin to have a further transformation, proposing types of language focusing on certain elements such as aesthetics, design, modernity and technology. Almost all have appliances such as the washing machine and the refrigerator in that period, thus people begin to make distinctions: they look for a specific type of product, to replace the appliance that already have with a more innovative one”. From the Eighties onwards, the appliances stop having a central role in the TV communication. In that period, characterized by a culture of ostentation, the advertising focuses on more ephemeral goods. “Later, the commercials are periodically presented. When there are strong product innovations, there is an advertisement which tells these innovations that are linked to a certain number of social necessities: the reduction of the noise produced by the appliances, the low consumption of water, energy, and so on. “So, in regard with the communication we find the household appliances in other places: the co-marketing starts to be used a lot, with operations between household appliances companies and those producing kitchen furniture, for example, or products to wash the dishes, or product placement activities”.

Product placement: a chance to increase visibility
It is an instrument of communication that consists of placing a product, service or brand within a pre-established narrative content: a movie, a music video, a videogame or an entertainment program. Various brands are taking advantage of this opportunity of visibility: Panasonic, for example, participated in the talent show “The Apprentice”, while the Electrolux group was present in the ninth edition of the reality show “Grande Fratello”. Another field are the programs dedicated to the kitchen. For example, in 2011, Smeg, with its appliances, took part in “Cucina con Ale”, the Italian cooking show with the chef Alessandro Borghese. Another program is “MasterChef”: several companies have contributed to the Italian edition, including CastelMAC, specialized in commercial refrigeration, and Oscartielle, famous company of furniture and refrigeration for stores. In this program, products for food preparation have also been integrated, such as the Kenwood small appliances. Also Ariete has placed its products in a kitchen program, taking part in “Io, me e Simone”, an Italian program whose protagonist is the chef Simone Rugiati.

Communication runs on the web
From websites to social media, from collaborations with bloggers to smartphone applications, also the communication about the home appliances is entering the digital age, with the aim of enriching the information available to the client, to create brand awareness and engage the consumer in a dialogue with the brand. For example, Bosch is active on the web with a site that allows to compare products, on Facebook and on YouTube. Among the initiatives of digital communication that the company has launched, there is the one in collaboration with some Italian bloggers that explain how to prepare some recipes with the MUM 5 kitchen machine, through YouTube videos, a Facebook page and a blog (BlogMyMUM), connected with some competitions. “Another company active in digital communication is Electrolux: it has a website that gives news about the world connected to its own products, with many articles and tips for the home. The website also promotes events, such as those related to the design and cuisine”, says Margherita Pagani, professor of digital marketing and e-commerce at Bocconi University. Electrolux also uses social networks, YouTube and mobile applications that allow to search for product information and to request technical assistance. “Even Whirpool is trying to engage consumers in digital initiatives: on its site there are sections with chef recipes and expert opinions on how to use the microwave; on Facebook the company gives advice to mothers or those who have a green behavior”, says Pagani.