Today we have an appliance for everything, for each task and for each function, so that, in the narrow modern houses, there is no more space for storing all the devices.
But which of these have really changed men life? And which we could not do without? 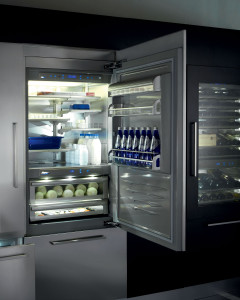 If we should establish which is the most needful household appliance and the absolutely indispensable one in daily life, you probably would answer instinctively: the washing machine. Nowadays hand wash is, in fact, an obsolete practice for most families.
In reality, however, the first place goes unquestionably to the fridge.
Refrigeration has played a key role in human health and hygiene and in an age of consumerism, even in waste reduction. Also, do not forget, it also made a huge contribution to the pharmaceutical and chemical laboratories, offering the ability to preserve medicines, substances and active ingredients a long time, without affecting their components. Even in domestic life, often, medicaments and cosmetics need to be stored in the refrigerator.
On a practical level, the greatest benefits of the cooling devices can be attributed to the possibility that they offer to have a varied diet, allowing you to keep in the house stocks of many types of different foods, suitable for all family members and all diets they followed.
A big impact that refrigeration has had, besides, is related to the new habits in shopping and cooking. It is in fact no longer an obligation to go shopping every day, to plan in advance what to cook and, also in case of unexpected guests, fridge and freezer always hide something useful to improvise a lunch or a dinner.
Furthermore, do not underestimate, especially for the younger generation, the possibility also to preserve foods already cooked earlier, which only need to be heated and eaten.
Sophisticated and continually updated technologies, in fact, can dramatically reduce the spread of bacteria, allowing safe storage and long-lasting.

Washing machine: a sigh of relief

After the refrigerator, in the ranking of the devices that have changed the life of the society, the second place belongs by right to the washing machine. For many more reasons than you might think. The elimination of the enormous effort required by hand washing is obviously the first and undisputed reason for the success and penetration of this product. But there are many others.
The great saving of time, first of all. During the last centuries it took a whole day to complete the ordinary washing of a family. Leisure that allowed women to do other things.
Second, the passage of this task by the woman to all the other members of the family, thanks to the new user-friendly machines, that allow everybody to get a perfect wash at any time and with a few simple steps.
Third major advantage of the use of the washing machine is the image of individuals, made more sophisticated and tidy, thanks to increasingly cleaner clothes, less wrinkled, free of stains and fragrant.
Besides, the spin-dryer private laundry of the excess water, which makes it hard and long to dry the clothes.
The usefulness of this product has led the industry to create numerous models of different shapes and sizes, to meet every kind of need, concerning space, installation and functions.

There is no tool that can clean a surface with equal power and efficacy of a vacuum cleaner. Which makes this device worthy of at least the third position. Even in this case, the first advantage is the reduction of physical effort in cleaning and saving of time to devote to this task. Second, but of course not least, is the level of hygiene that a good vacuum cleaner is able to guarantee in any environment.
Even this appliance has undergone many changes over the years in terms of power, size, weight and functionality. The models that certainly have had a stronger impact in everyday life were those compact, lighter and easy to handle; the new bagless versions, which eliminated the task of replacing the bag periodically; and, particularly important for this type of equipment, the recent versions of wireless and robotic vacuum cleaner.
The first, in fact, have allowed an unheard handling of the product. The robots, however, have even replaced completely the man in the practice of cleaning the floors.
Special mention goes to the little portable vacuum cleaners, ‘younger brothers’ of the traditional vacuum cleaner, which, however, allowed a rapid and immediate cleaning of small surfaces of all types and everywhere: tables, floors, chairs, armchairs, etc …
Finally, the modern versions of the vacuum cleaner with cyclonic technology have solved the old problem of dust blown back into the air, which frequently caused allergies and respiratory problems.

Iron for a distinct image

There is nothing like a wrinkled dress that makes a person appear messy and skruffy. For this reason, the iron in the house has changed the image of people at all levels of society. The electric versions before, and the steam ones then, have lightened significantly the operations of ironing of the older models in coal, allowing a much more frequent and fast use of the device.
The results that can be achieved with the new generation products are flawless and almost professional. Finally, to the iron should be recognized the important role of sanitizing clothes, thanks to the effect of sterilizing of steam and high temperatures.
The models, made lighter and more manageable over time, have also significantly reduced muscle problems in the arms and shoulders, caused by the weight of the old irons. 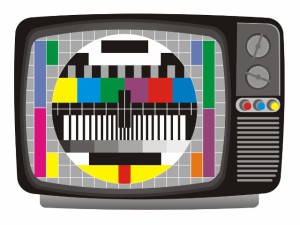 For someone it is an ingenious invention for other a diabolical one. Actually, like all things, it would be enough to use it properly and do not abuse of it. Sure its enormous and unsurpassed media power has never escaped anyone, and the role that this device has taken in spreading advertising and promotional messages, or ideologies and political propaganda, has made it a tool with a questionable utility. For better or for worse, however, it is thanks to this device that people around the world are now better informed and can make use of a constant entertainment at low cost, that for certain, as the lonely, disabled or elderly, may be a valuable company. But will TV be overtaken by the Web in the future? Hard to say. But we must point out that the success of Internet has reached current levels as this has begun to look more and more like a TV, with the advent of streaming and the inclusion of videos, often taken just from the television. When Internet was only something to be read, users were much less. It will not be that Web is just a big ‘TV on demand’ supported by a different device? In this case there is no competition, but only a handover to a sort of successor.